Do Not Share This Lauren Boebert Town Hall Announcement

MONDAY UPDATE: The Montrose Press reports that Lauren Boebert’s town hall is still on despite the unfortunate fact of the public having heard about it:

Although the initial announcement, which was shared with the Montrose Daily Press by third parties, asked people not to share or post the event to social media, citing security reasons, word spread all the same.

Local GOP Chairman Spencer Hamner said he does not have security concerns, as long as the Montrose County Sheriff’s Office or Montrose Police Department is available. A previous event featuring Boebert that had been set for Montrose was canceled after unspecified threats to the venue and host.

Rural Colorado United, a Pueblo-based political action committee opposed to Boebert, will be holding a town hall Tuesday, March 16, at 12:15 p.m. in Riverbottom Park. Organizers have dubbed it the “Thanks for Nothing, Boebert” town hall and in the announcement criticized Boebert’s no vote on the recent coronavirus relief bill. 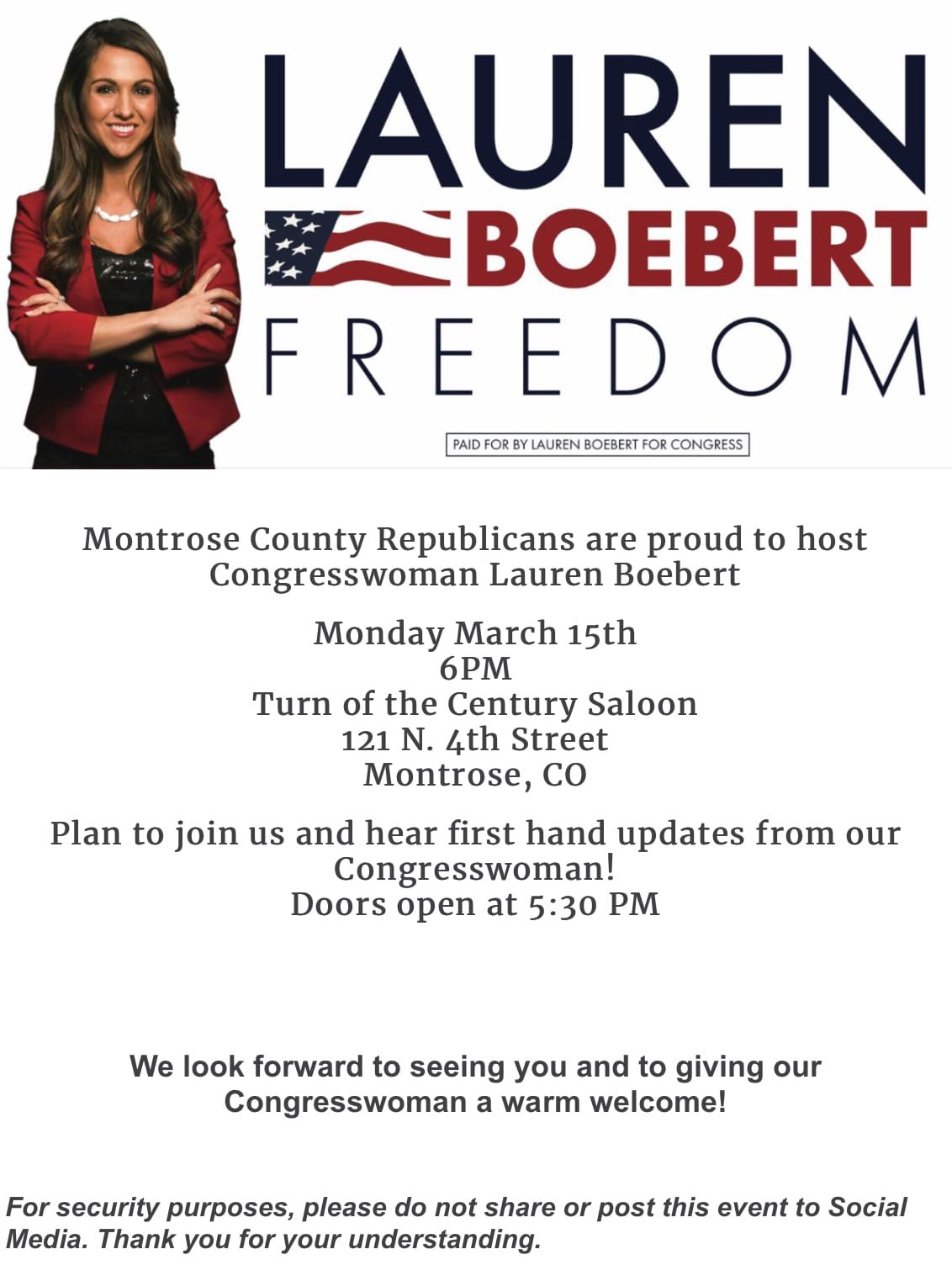 That’s right, folks. What we have here is a shareable graphic announcing a town hall meeting in Montrose starring Rep. Lauren Boebert on Monday. But the graphic says “for security purposes, please do not share or post this event to social media. Thank you.”

In the future, we recommend:

Also, don’t blame us for “exposing” Boebert’s super-secret town hall, like we said it’s all over Facebook. Snow on the Front Range ought to keep those pesky Antifa types away, and Boebert has…extreme security on call.

So don’t accept any excuses, Montrose! Get down there and respectfully ask the hard questions.