UPDATE: The Denver Post’s Justin Wingerter has more in a new story this afternoon:

U.S. Rep. Lauren Boebert’s campaign has publicly acknowledged that a prior campaign finance report — which raised ethical red flags and led to multiple requests for investigation — was inaccurate. Still, the campaign defended a large payment to the congresswoman…

Boebert called the controversy “much about nothing” and said it was generated to distract from Reps. Ilhan Omar and Maxine Waters, two Democratic congresswomen who have paid family members with campaign funds.

In the weeks before amending her campaign finance report, Boebert defended her own mileage reimbursements. She told radio station KHOW on Feb. 10 that she “absolutely” had documentation that showed she had driven the miles she was reimbursed for.

It’s time to release that documentation. All of it.

And make copies for when investigators ask for it too.

The ongoing controversy you read about here first over an unusually large reimbursement paid out from Rep. Lauren Boebert’s campaign funds in November, coming justt after Boebert paid off almost the same amount in accumulated liens on her restaurant in Rifle, took a problematic turn yesterday after the Denver Post’s Justin Wingerter reported that Boebert has amended her mandatory Federal Election Commission filing on this reimbursement:

The amended version still shows Boebert paid herself $21,200 on Nov. 11, but now says it was for mileage + hotels, not just mileage #copolitics 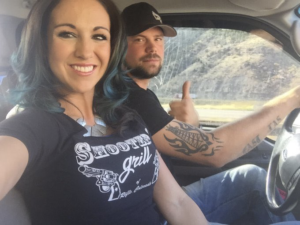 This would appear to directly contradict Boebert’s previous contention that she had driven over 30,000 miles in just a few months on the campaign trail in 2020, as the Colorado Times Recorder’s Jason Salzman reported on Feburary 10:

Following up on information first uncovered by ColoradoPols, The Post calculated that Boebert needed to have driven 38,712 miles during the 2020 campaign to justify the reimbursement, and The Post and CPR were unable to figure out how she could have reached that number of miles. They analyzed Boebert’s travel schedule and other public information…

Boebert said, “I drove tens of thousands of miles all throughout the district. I was somewhere new every single day.”

“I am doing the work of the people. I had to make those connections. And really, I under-reported a lot of stuff,” she added.

She said she and her campaign driver, now a co-worker, put “more than 30,000 miles” on her vehicle. [Pols emphasis]

Here we have Rep. Boebert claiming less than two weeks ago that she did indeed drive the exceptional number of miles she reimbursed herself for, specifically stating she drove “more than 30,000 miles” and justifying this figure in part by citing the closure of I-70 during wildfires last summer. But now she’s told the FEC that the reimbursement wasn’t just for mileage–but also for hotels?

It looks to us like Boebert may be having, you know, trouble justifying that check! The complaint filed against Boebert with the FEC earlier this month alleges that Boebert did not keep itemized expense records, and Boebert has refused to provide a detailed accounting of her expenses to inquiring press since this scandal broke. Huffington Post’s Ryan Grenoble:

Boebert’s campaign appears to have failed to keep adequate records of the candidate’s expenses and has been unable to substantiate the mileage reimbursement, the complaint alleges. The campaign declined several requests from Colorado media outlets to provide evidence of her travel. [Pols emphasis]

And now, Boebert is changing her story. At this point, it’s definitely time for a full-scale forensic investigation to get to the bottom of what happened here. Between the large sum of money Boebert pocketed, the suspicious timing of her “mileage reimbursement” relative to paying off her accumulated tax liens, and now the shifting explanation of what this reimbursement was even specifically for, there’s just no way we can continue to take Boebert’s word for any of this.

This scandal has progressed from “not passing the smell test” to stinking to high heaven.