Get More Smarter on Wednesday (February 17) 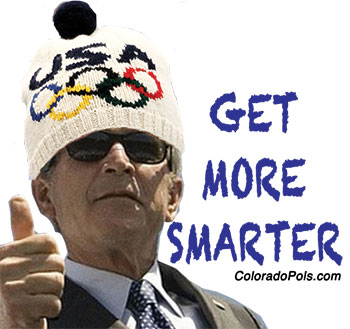 Today is Ash Wednesday; that person in your Zoom meeting didn’t just forget to wash their face. Now, let’s get even more smarterer. If you think we missed something important, please include the link in the comments below (here’s a good example). If you are more of an audio learner, check out The Get More Smarter Podcast. And don’t forget to find us on Facebook and Twitter.

► Governor Jared Polis (D-Boulderish) will deliver the annual State of the State speech today at the State Capitol. 9News is among the outlets live-streaming the speech, scheduled for an 11:00 am start.

Tuesday’s opening day of the legislative session was a time for speechifying from leaders such as House Speaker Alec Garnett and Senate President Leroy Garcia. The Associated Press helps kick things off:

► Cold temperatures are maintaining a grip across the country. In Texas, 3.4 million people are still without power. As The Washington Post explains, the problems with the power grid in Texas are a uniquely Texas mistake:

When it gets really cold, it can be hard to produce electricity, as customers in Texas and neighboring states are finding out. But it’s not impossible. Operators in Alaska, Canada, Maine, Norway and Siberia do it all the time.

What has sent Texas reeling is not an engineering problem, nor is it the frozen wind turbines blamed by prominent Republicans. It is a financial structure for power generation that offers no incentives to power plant operators to prepare for winter. In the name of deregulation and free markets, critics say, Texas has created an electric grid that puts an emphasis on cheap prices over reliable service.

It’s a “Wild West market design based only on short-run prices,” said Matt Breidert, a portfolio manager at a firm called TortoiseEcofin.

And yet the temporary train wreck of that market Monday and Tuesday has seen the wholesale price of electricity in Houston go from $22 a megawatt-hour to about $9,000. Meanwhile, 4 million Texas households have been without power.

You should probably familiarize yourself with the acronym “ERCOT.”

As The New York Times reports, another brutal cold front is on the way:

Here’s some good news for storm-battered communities across the United States: The brutal weather that has killed at least 30 people, disrupted vaccine distribution and left millions without power has moved on.

Now for more bad news: Frigid air may persist in the Great Plains and Mississippi Valley through midweek, and a new winter storm is expected to sweep across the South and East over the next two days. More than 100 million Americans are under some type of winter weather-related warning, the National Weather Service said…

…The South is already reeling from a rare cold snap. The temperature in Houston on Monday night — 13 degrees — was lower than that in Houston, Alaska. And Oklahoma’s capital on Tuesday experienced its coldest morning since 1899.

That will continue for at least another few days. High temperatures this week will likely be 25 to 40 degrees below average across a swath of the Central and Southern United States, the Weather Service said.

► Congresswoman Lauren “Q*Bert” Boebert is not exactly an expert on most policy issues. Her read on the electrical grid problems in Texas is no different.

► Brian Klaas of The Washington Post highlights “Q*Bert” in an opinion piece about the growing divide in the Republican Party:

Sen. Mitt Romney (R-Utah) and recently elected Rep. Lauren Boebert (R-Colo.) offer an instructive comparison. Before winning a seat in Congress, Boebert had been arrested and summoned at least four times. Another time, she failed to show up for a court appointment, telling the judge she had forgotten which day of the week it was. “I am now aware today is Friday,” she explained.

Nonetheless, Boebert knocked off Scott R. Tipton, a five-term Republican incumbent in the primary. Tipton was unapologetically pro-Trump, but not extreme enough for Boebert.

Since getting elected, Boebert has established herself as a GOP firebrand. She soared to national prominence with a viral campaign ad in which she pledged to “carry my Glock” to Congress. Just hours before a violent mob stormed the Capitol on Jan. 6., Boebert wrote on Twitter that “Today is 1776.” When the mob left, Boebert then voted to overturn the results of November’s presidential election. Despite being one of the most junior figures in the House, she has been rewarded with high-profile interviews on Fox News. More than a half-million people follow her on Twitter. She is a national Republican star because of her extremism.

Romney is Boebert’s polar opposite in the party. He’s just as conservative as ever, but has made sober, sane policymaking his priority.

► “Insurrectionist Man of Mystery” Ron Hanks showed up to his job at the State Capitol on Tuesday after being MIA since being sworn-in as a new state lawmaker in early January.

► President Biden took part in his first televised “town hall” event on CNN on Tuesday evening. Chris Cillizza of CNN lists his handful of key takeaways from the event.

► The Trump Plaza and Casino in Atlantic City was imploded today. The metaphor sells itself. 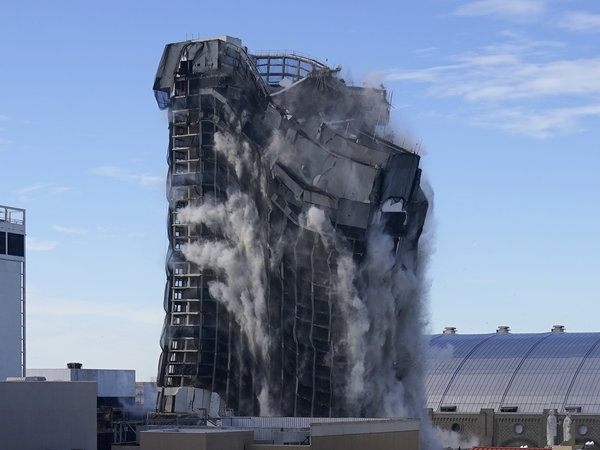 ► The results of new polling from Quinnipiac University probably won’t be a surprise:

“Fed up with fabricated stories and clearly frightened by the dark and deluded motives of conspiracy theorists, Americans overwhelmingly agree, enough is enough with the pipeline of internet garbage,” added Malloy.

Americans say 86 – 11 percent that they think the words of politicians can pose a danger to Americans. An overwhelming majority hold that view across all listed demographic groups.

► Colorado Newsline breaks down the latest news on Colorado’s redistricting/reapportionment process now that we know 2020 Census data will be severely delayed:

The U.S. Census Bureau announced on Feb. 12 that it won’t be releasing the necessary data for redistricting until Sept. 30 — six months past the usual release date and weeks after Colorado’s new maps are due to the state’s Supreme Court. The delay means Colorado’s newly formed independent redistricting commissions will have significantly less time to draw up the maps and seek public input, or they might miss their deadlines altogether.

“The best case scenario is that they’re saying Sept. 30, but what they really mean is July 31 and we get it sooner and we have a truncated process but we get it done,” said Jessika Shipley, a staff member of Colorado’s nonpartisan Legislative Council who is helping lead the redistricting efforts. “At this point, it’s very unlikely in my opinion.”

► State Sen. Paul Lundeen (R-Monument) is pushing legislation that would require Coloradans to vote in person rather than through mail balloting. Much like its sponsor, this bill is dumb and unlikely to go anywhere.

► A man who was blinded in one eye during last summer’s racial justice protests is suing the City of Denver and an unidentified police officer.

► Marshall Zelinger of 9News does a deep dive into the legislative “fiscal note.”

► Composting grandma is back.

► It’s worth a reminder that Rep. Ken Buck (R-Greeley) is technically still the Chair of the Colorado Republican Party.

Then Joe Biden should support a special counsel to investigate Hunter Biden. https://t.co/WQcQDNxIEI

► We couldn’t possibly improve on this headline: “The Nazi in Boebert’s Parler.”

► Pennsylvania Republicans are rushing to censure Sen. Pat Toomey for having the temerity to vote “YES” on the impeachment of former President Trump. This quote tells you all you need to know: