Lauren Boebert May Have Herself a Primary Fight 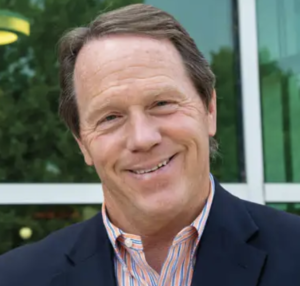 Earlier this month, State Sen. Kerry Donovan announced that she had filed paperwork to run for Congress in CO-03, seeking the Democratic nomination for the right to challenge Rep. Lauren “Q*Bert” Boebert (R-ifle) in November 2022. As the first serious challenger to Boebert, Donovan raised more than $100,000 in a matter of days, indicating that there is serious interest both in Colorado and nationwide about getting rid of Q*Bert ASAP.

From what we hear, at least one potential Republican opponent to Boebert is inching closer to taking the plunge. Tim Foster, the longtime President of Colorado Mesa University in Grand Junction, announced last month that he plans to retire from CMU in June 2021. Rumor has it that Foster is getting very serious about running for Congress in CO-03, which would give Boebert a well-known and extremely well-connected Republican Primary challenger.

Boebert has endeared herself to a certain group of Republicans in CO-03 who still love them some Donald Trump and who wait expectantly everyday to see what Q*Bert will Tweet out that will “own the libs.” But there is a separate and not insignificant group of Republicans in the district who have long grown tired of Boebert’s one-note antics and are interested in finding someone to represent CO-03 who is more interested in what Colorado needs than what Fox News and OANN want to hear.

Boebert’s antics have generated plenty of social media attention, though her attempts at being a real Member of Congress haven’t gone quite so well. She has clearly made little effort to be better informed about basic issues facing her district, which is something that virtually every media outlet in the state warned about last fall, and there is growing concern among more moderate folks in CO-03 that Boebert won’t be an effective Member of Congress as long as she focuses her time and energy on being talked about.

We’ve heard mention of a few potential Republican challengers in CO-03, though Foster appears to be the furthest along in making the actual decision to run. It’s also worth noting that Foster has a long relationship with former State Senator and current GOP consultant Josh Penry, so there’s plenty of smoke to accompany this potential fire.