Who Guards The Guards From Lauren Boebert? 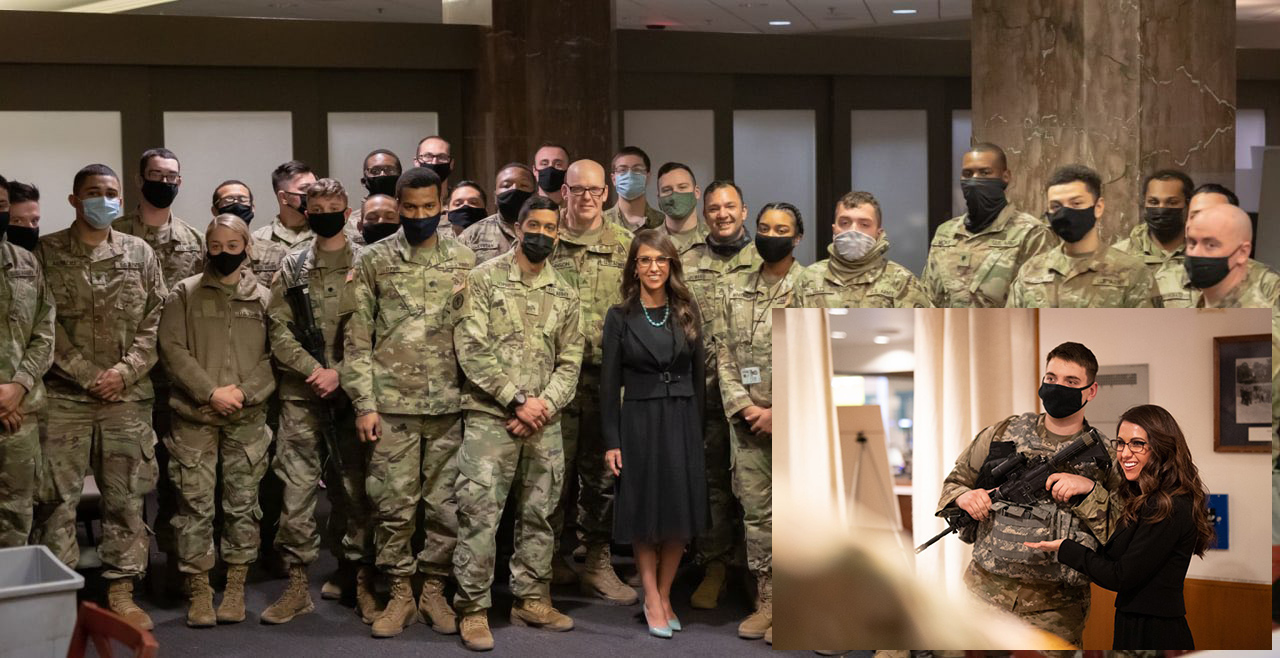 Yesterday evening, Rep. Lauren Boebert took some time out of her busy schedule (she still has her committee assignments, after all) to mingle with National Guard troops deployed to defend the U.S. Capitol in the aftermath of the January 6th insurrection against the building and its occupants. No doubt the troops were polite, and some of them may not even have known who specifically Boebert is other than a random freshman member of Congress who wanted a picture.

The ones who do know who Boebert is, and her role in helping incite the violence that resulted in their deployment to the U.S. Capitol? We assume they were also professionals, though they would have had every right to be upset. Boebert’s photo-op glosses neatly over the fact that these troops are on alert today because a bunch of fellow Trump supporters agreed with Boebert that January 6, 2021 was 1776.

One thing we’re pretty sure of is Boebert did not apologize. That would have been news.