Boebert vs. Buck: Who’s In Charge Of The Colorado GOP? 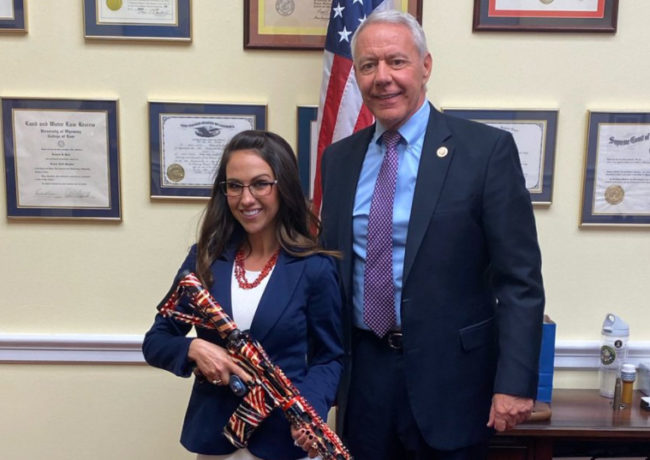 The Denver Post’s Justin Wingerter reported yesterday a development in the ongoing struggle by beaten President Donald Trump to undo his loss to Joe Biden, and while it’s not what you’d call a game-changer it certainly adds drama to the story in terms of Colorado Republican divisions on what happened in the November elections and how to proceed–a question coming to a head this week in Washington, D.C. as Congress prepares for the final steps in confirming Biden’s victory:

Republican U.S. Rep. Ken Buck on Sunday criticized an attempt by many in his political party to overturn the results of the presidential election, calling it an unconstitutional power grab by Congress to the detriment of states and voters.

“We must respect the states’ authority here. Though doing so may frustrate our immediate political objectives, we have sworn an oath to promote the Constitution above our policy goals. We must count the electoral votes submitted by the states,” Buck wrote in a lengthy statement with six other Republicans in Congress.

The Windsor Republican, who also chairs the Colorado Republican Party, criticized elections in several swing states, but said that because those states have not sent Congress an alternative slate of Electoral College votes, Congress has no power to overturn the election. President-elect Joe Biden won the Electoral College.

Rep. Ken Buck, who also serves as chairman of the Colorado Republican Party and regularly comes in for criticism for his irresponsibility on issues like the COVID-19 pandemic, was an ardent supporter of President Donald Trump during Trump’s many scandals in office culminating in impeachment a year ago. But in a twist few expected, Buck has actually proven an unexpected voice of sanity–with some erratic exceptions we’ll chalk up to towing the party line–within the Republican Party on accepting the results of the 2020 elections. Buck convened a meeting starring Republican county clerks early last month, attended virtually by hundreds of party members, specifically to debunk the conspiracy theories about Dominion Voting Systems and mail ballots Colorado has used uncontroversially for years–core articles of faith for Republicans who believe the election was stolen.

After the Electoral College voted for Biden, Rep. Buck angered Trump diehards by promptly acknowleding Biden’s status as President-elect. And now, Buck is going on record that the 140 fellow Republicans and dozen Senators who are set to mount a last-ditch attempt to reject the election results on Wednesday are wrong–not just wrong, but endangering future Republican success with their action. This extraordinary paragraph in Buck’s statement yesterday should be required reading in poli sci classes of the future:

From a purely partisan perspective, Republican presidential candidates have won the national popular vote only once in the last 32 years. They have therefore depended on the electoral college for nearly all presidential victories in the last generation. If we perpetuate the notion that Congress may disregard certified electoral votes—based solely on its own assessment that one or more states mishandled the presidential election—we will be delegitimizing the very system that led Donald Trump to victory in 2016, and that could provide the only path to victory in 2024. [Pols emphasis] 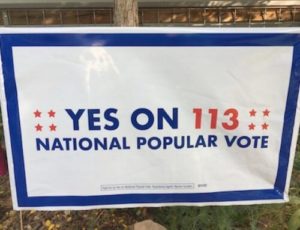 As the world discovered when Buck helped Special Counsel Robert Mueller make the case that Trump could face prosecution after he leaves office, Buck has a remarkable tendency to frankly and guilelessly admit things that Republicans strategically should never ever acknowledge. It’s absolutely true that the Electoral College exists today solely to provide Republicans with an undemocratic advantage in presidential elections. The 2000 and 2016 elections–and 2020, in which Trump lost the popular vote by over seven million–demonstrated clearly which party relies on the unequal net value of votes in large states versus votes in small states. Buck’s frank admission of this might sound good if you’re a dyed-in-the-wool Machiavellian Republican, but for everyone else it’s an incredibly damning argument in favor of doing away with the Electoral College.

All we can say is, the backers of Proposition 113 send their regards.

But there’s another more basic problem Chairman Buck has trying to be an unlikely voice of reason at this late moment. Buck, who has announced he will not run for another term as party chair after another stomping at the polls for Colorado Republicans in 2020, arguably is not the true leader of the Colorado Republican Party right now. That honor arguably goes to Rep. Lauren Boebert, easily the most visible member of the Colorado GOP delegation in Congress today. And Boebert is, as readers know, girding for (hopefully not literal) battle this week:

When it comes to precedents and norms, the most dangerous one that we could set is failing to defend the integrity of our elections.

VP Pence needs to be Thomas Jefferson in this moment.

We have your back if you’ve got ours, @VP.

Which one speaks for Colorado Republicans today? Lauren Boebert and her 368,000 Twitter followers would argue it’s not Ken Buck. Rep. Doug Lamborn today announced he’ll be joining the “Coup Caucus,” well behind Boebert’s lead and also in 180-degree opposition to the nominal leader of the Colorado GOP. There’s no question that the momentum within the GOP is with the 140 members of Congress seeking to overturn the election, not the half-dozen who signed Buck’s statement.

Where does it all end? We can’t say, and there’s no one in the Colorado GOP who can say either.

On a matter of such grave consequence to the nation, that’s pretty unsettling.