The word went out to the party faithful that tomorrow at noon in the capitals of every state in the land, the “Stop The Steal” pushback will begin–and no amount of social media reality checking is going to get in their way: 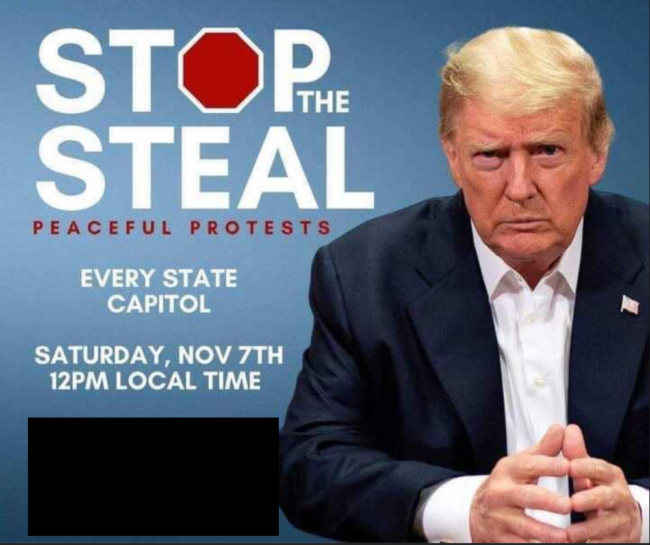 But apparently in Colorado, there’s been a change in plans with respect to that “every state capitol” part: 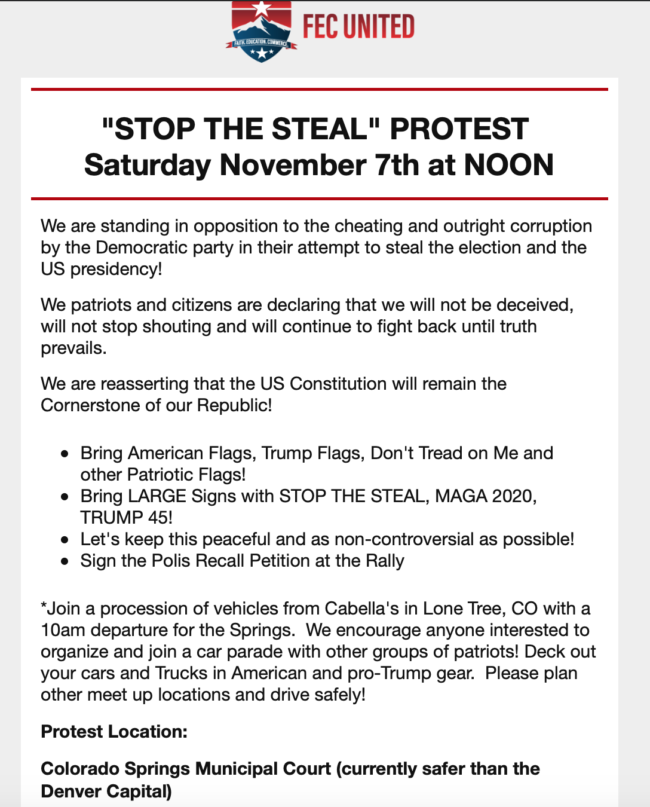 That’s right, folks! While every other “Stop The Steal” protest is set to take place on the steps (or inside as the laws permit) of state capitol buildings across America, in Colorado the protest is being held at the Colorado Springs Municipal Court building 90 miles away. It’s bizarre that the big bad boys of Colorado’s premiere “brownshirt lite” group FEC United is concerned about “safety” in Denver, since they have their affiliated militia the so-called United American Defense Force standing back and standing by to protect them:

The real reason this protest is headed for Colorado Springs instead of the Colorado State Capitol in Denver is of course not any concerns for the “safety” of “Stop The Steal” protesters. It’s about the safety of Denver residents from these people. Because open carrying of firearms is illegal in Denver, this protest is headed to a locale where they can hold their little rally in their preferred condition of armed to the teeth.

It’s our hope and expectation that nothing bad will happen while these particularly excitable members of society blow off the inevitable steam necessary to get over what is surely a difficult moment in their lives. We feel especially bad for “QAnon” adherents, who are about to discover that there was never a global war against the pedophile elite to stop the harvesting of children’s blood for fountain of youth serums. Let them grieve in the way that suits them as long as no actual “boogaloos” get started–and luring them 90 miles away from Denver with the chance to legally brandish weapons will certainly draw no objections from Denver.

For the next rally, try La Junta! It’s even freer.