Lots of cars, but do the math. 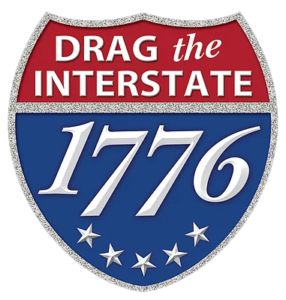 CBS4 Denver reports, though if you were on Denver-area freeways Sunday, you probably couldn’t miss them:

Thousands of cars filled Colorado’s interstates on Sunday as Trump supporters took to the streets at the “MAGA Drag the Interstate” rally two days before the 2020 election. From Pueblo to Fort Collins, and everywhere in between, people on two wheels and four weeks came to the Denver area and rallied at Bandimere Speedway in Morrison, then made a loop around the metro area decked out in red, white and blue.

Supporters came from all over the state including Pueblo and Fort Collins.

“I think people quietly support Trump, but since he’s been getting out raising heck, we’re doing the same thing for him today,” said T.J. Stockton, a supporter.

Thousands from across the Front Range gathered Sunday at Bandimere Speedway in Morrison, the gathering place for other similar causes, including protesting the governor’s COVID-19 restrictions.

Twitter lit up with reports of hundreds of cars, trucks and SUVS clogging Interstate 25 touting Trump flags, American flags and “Don’t Tread on Me” banners…

The Trump Colorado event was similar to others for the president across the country. Sunday in New York and New Jersey, Trump supporters halted traffic on two major highways.

Estimates we’ve seen ran as high as 11,000 cars and trucks participating in yesterday’s road rally, effectively clogging C-470 and Interstate 25 through the western suburbs and south Denver for several hours–certainly a big enough event for organizers to feel like they’ve kept up with the “motor MAGA madness” that swept the country this weekend.

To be sure, when you put 11,000 cars together, it makes for an impressive visual. But in the context of massive demonstrations like the 2017 Women’s March in Denver that drew hundreds of thousands of people, and the millions of Coloradans casting ballots in 2020, even 11,000 cars filled to capacity (which they were of course not) is not a particularly impressive number of actual voters. Much the same way Republicans mistake “land mass” for people when celebrating the vast stretches of dirt Republicans represent in the hinterlands, to mistake 11,000 cars, as impressive as that may appear all in a row, for “momentum” in a state Trump is losing by double digits would be a Pollyannish error.

On the upside, if they all stayed in their cars this might not become another COVID-19 “superspreader.”