Who Wears it Better (Theoretically)?

The U.S. Senate campaign of Democrat John Hickenlooper is out with a new Spanish-language television ad featuring former Senator and Interior Secretary Ken Salazar. As you can see yourself, there’s something…different about Salazar:

Apparently, Ken Salazar is rocking a mustache these days. Since we could all use a little lighthearted humor with the election cycle finishing up its final three weeks, we wondered how other Colorado politicians might look if they decided to change up their style by adding the ol’ face caterpillar. 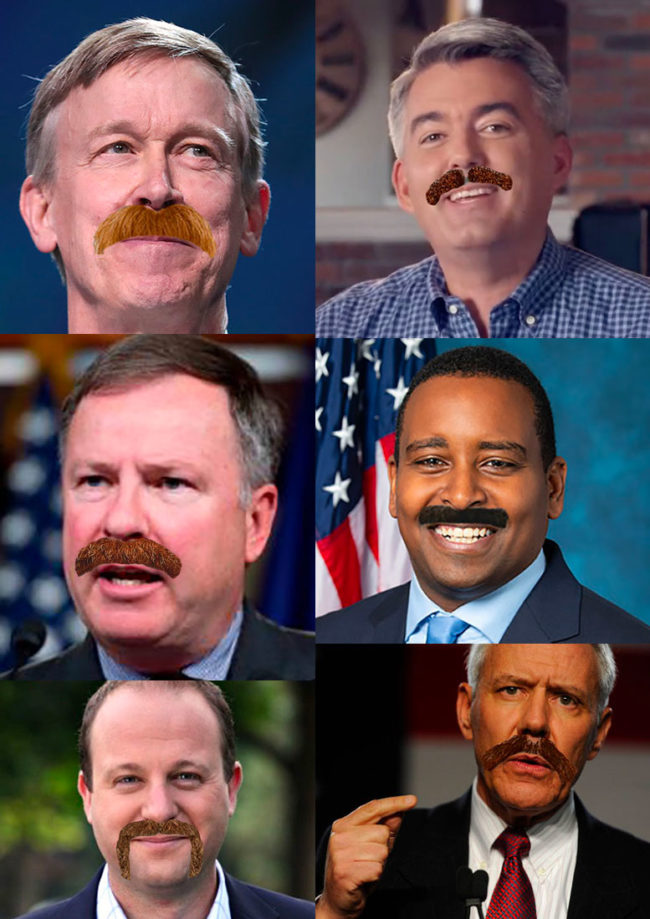 Now, we’ve long been of the opinion that politicians who want to be re-elected should avoid a mustache at all costs, but what say you, Polsters?