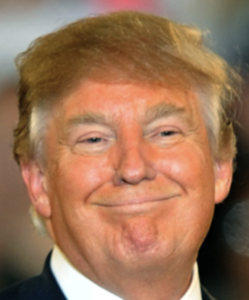 Various Republican elected officials were asked about this moment in the last 18 hours. Some ducked and dodged, and some tried to give Trump the benefit of the doubt. As CNN reports, South Carolina Sen. Tim Scott — the lone black Republican in the Senate — was holding his fire today:

“I think he misspoke,” Sen. Tim Scott, R-South Carolina, a supporter of the President’s, told reporters on Capitol Hill.

“I think he should correct it,” Scott said. “If he doesn’t correct it, I guess he didn’t misspeak.”

Welp. As it turns out, Trump did not misspeak on Tuesday. As CNN continues, reporters tossed him a softball today outside the White House; Trump swung hard and missed completely:

Trump made an attempt at clarification, telling reporters at the White House he’d never heard of the extremist group Proud Boys, whom he told to “stand by” the previous evening.

“I don’t know who Proud Boys are,” he said, departing for a campaign rally in Minnesota. “But whoever they are they have to stand down, let law enforcement do their work.”

But pressed on whether he welcomes support from white supremacists, Trump said only, “I want law and order — it’s a very important part of my campaign.” [Pols emphasis]

For anyone who has paid attention to Trump in recent years, this is not a new tactic employed by The Big Orange Guy when trying to deflect questions about his love for white supremacists who love him back.

Is Trump a racist white supremacist sympathizer? If you’re going to argue that he is not, then you need to come up with an explanation for why he tries so hard to impersonate one.