UPDATE #2: The Loveland Reporter-Herald updates that Brandon McLaughlin has been released from Larimer County Jail as the investigation continues, over the objections of the family of the victim:

“Frustration does not even come close to how the family feels about this decision from the DA,” she said when reached by telephone after the hearing. “We are crestfallen. We are shocked. And every single member of the family is devastated that this happened today.”

She said that prosecutors explained that the investigation is continuing and could result in future charges. But for today, the man who shot their son, brother, husband and father was released from jail without charges.

We’ll be following this closely.

UPDATE: The Fort Collins Coloradans updates from today’s hearing–no formal charges yet, though Brandon McLaughlin reportedly is still in custody on a $100,000 bond:

“It is clear that Mr. McLaughlin shot and killed the victim; however, the exact circumstances of the interaction between the two men remain unclear,” Jodi Lacey, district attorney’s office spokesperson, said in an email.

Investigators are still trying to determine whether McLaughlin acted in self-defense or in defense of someone else, and if not, if he acted with intent or deliberation, according to Wednesday’s announcement.

We’ll continue to follow this story as it develops, but at the very least it’s confirmation of the old rule that where guns are present, tragedy ensues. It’s true even in the most devout of gun-worshipping households.

And depending on what happens next, the resolution of this case could raise its own questions. 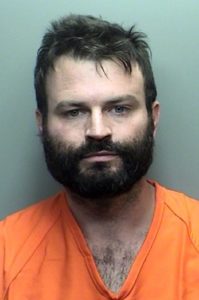 This afternoon at 1:30PM in the Larimer County Justice Center, there’s a hearing on a disturbing case out of Berthoud of an alleged first-degree murder committed earlier this month by a man with connections to Northern Colorado’s increasingly notorious far-right gun rights activism scene. As the Loveland Reporter-Herald reported last week:

[Brandon] McLaughlin, 37, was arrested on suspicion of first-degree murder on Sept. 5 by Larimer County Sheriff’s Office deputies when they responded to an early-morning disturbance involving a gun and found the victim, 37-year-old Edward Brooks Kreutzer, at the scene.

An autopsy performed by Larimer County Coroner James A. Wilkerson IV found that the manner of Kreutzer’s death was homicide and the cause of death was multiple gunshot wounds.

In the first appearance Tuesday, Deputy District Attorney Robert Axmacher said the evidence in the case was “overwhelming” against McLaughlin and asked that bond be set to a $250,000 cash, property or surety bond…

Despite this request for a high bond, the attorney for accused murderer Brandon McLaughlin, Dagna Van Der Jagt, persuaded presiding Judge Greg Lammons to reduce the bond to a workable figure for the defendant:

Eighth Judicial District Judge Greg Lammons who is presiding over the case set McLaughlin’s bond at $100,000 and included the prohibition of alcohol, drugs and weapons, enhanced pretrial release supervision, GPS monitoring and prohibits McLaughlin from going within a certain distance of Kreutzer’s widow’s place of employment or the home where his child resides.

There’s no reason to assume any impropriety in the decision to allow this first-degree murder suspect to bond out of jail awaiting trial, although bonds for first-degree murder defendants are considered rare. With that said, there’s a high degree of interest around today’s hearing in Larimer County because of who the defendant is connected with. Lesley Hollywood of the local gun-rights group Rally For Our Rights testified on McLaughlin’s behalf at his bond hearing, saying that McLaughlin has been an “absolutely wonderful father” to their daughter and should be released on bond. Hollywood and the defense attorney in this case, Dagna Van Der Jagt, are both graduates of the right-wing Leadership Program of the Rockies political candidate training program. Since the passage of Colorado’s landmark gun safety bills in 2013 and continuing with 2019’s “red flag” law, Hollywood (not her real name of course) has found her calling as Dudley Brown’s “soccer mom” counterpart.

As for McLoughlin personally, we’re looking for more information beyond a photo of him in 2011 wearing a Revolutionary War costume beating a drum with the Northern Colorado Tea Party at the Colorado Capitol. It appears that social media presences for this individual have been scrubbed, and despite the very high degree of loquatiousness from Lesley Hollywood about any and every news story on the subject of guns, she hasn’t had anything to say about this case on her own social media. Instead, Rally For Our Rights is plowing ahead with their 2020 voters guide, “Your Rights Your Guns Your Vote.”

For those who argue the solution to every problem in society is more guns, the optics of this situation are, needless to say, not good.

That’s what we know as of this writing, and we’ll be watching this case closely to see how it develops. What we have heard but obviously can’t confirm is that behind the scenes, this case is very much on the radar of local Republican officials. What we can say based on the available information is that it deserves much more attention than it has received up until now.