Everything Trump Touches Turns To Fail

UPDATE: The Daily Beast vouches for its authenticity:

The unintentionally hilarious Facebook advert falsely claimed that the president “has achieved PEACE in the MIDDLE EAST,” and attached a graphic of a grinning Trump with the caption: “President Trump was nominated for the Noble Peace Prize.” The ad was confirmed as authentic by The Daily Beast. (Trump himself misspelled it in April in a tweet attacking journalists covering his Russia investigation.) Even if it was spelled correctly, the nomination is barely worth celebrating. As has been widely noted, anyone can be nominated for the Nobel Peace Prize and hundreds of people get put forward every year…

No additional commentary needed, spot the problem yourself: 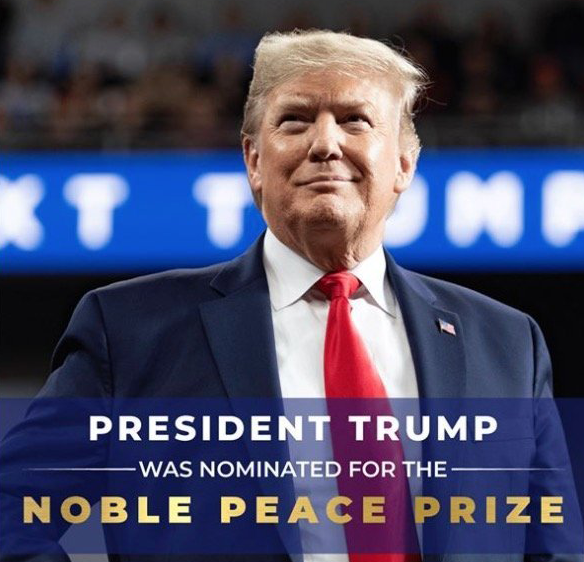 It’s like he’s being sabotaged, folks. Please don’t start that rumor though, because he’s not.