UPDATE #2: President Trump responds, sort of, to questions about why all of his top advisers keep facing criminal charges:

UPDATE: Among the indicted is a Colorado resident, Timothy Shea of Castle Rock, who allegedly ran the shell company that paid off the conspirators with funds raised to build the wall:

To conceal the payments to Kolfage from “We Build the Wall,” the men allegedly devised a scheme to route those payments from the campaign to Kolfage indirectly through a nonprofit and a shell company under Shea’s control, among other avenues.

Here’s a 9NEWS story from December of 2019 quoting Tim and Amanda Shea as a nice suburban couple who knows tech and are just trying to help ‘Merica:

Amanda Shea and her husband Tim live in Castle Rock and said they helped create the GoFundMe with Kolfage.

According to Shea, she met Kolfage three years ago and eventually developed a conservative news website with him.

When Kolfage had the idea to set up a GoFundMe to help fund the border wall, Shea said she was immediately on board.

“He is just the face of it, because he’s really good at that, and I do a lot of the backend stuff,” Shea said during a Skype interview. 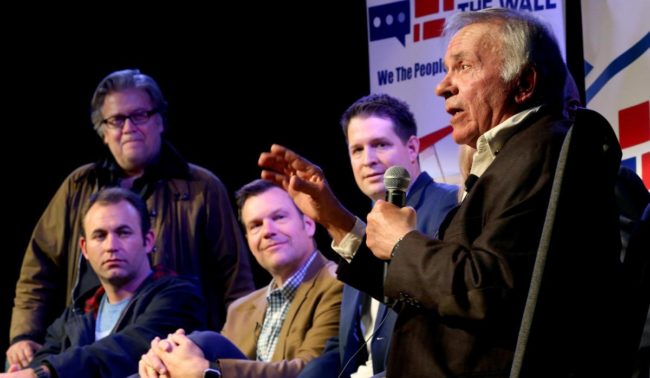 AP and Scripps report via Denver7:

To induce donors to donate to the campaign, court documents say Kolfage repeatedly and falsely assured the public that he would “not take a penny in salary or compensation” and that “100% of the funds raised . . . will be used in the execution of our mission and purpose” because, as Bannon publicly stated, “we’re a volunteer organization.”

Those representations were reportedly false. In truth, prosecutors say Kolfage, Bannon, Badolato, and Shea received hundreds of thousands of dollars in donor funds from We Build the Wall, which they each used in a manner inconsistent with the organization’s public representations. 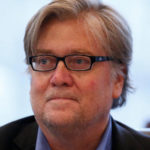 The collapse of the “We Build The Wall” scam has resulted in the indictments of four individuals including former Donald Trump advisor Steve Bannon, who allegedly skimmed hundreds of thousands in spending cash for themselves from the $23 million raised by the group. Not indicted, at least not yet, is Colorado’s highest profile member of the “We Build The Wall”–former Rep. Tom Tancredo, who as Jason Salzman of the Colorado Times Recorder reported back in 2019 was very enthusiastic about the project:

[Tancredo’s] at it again now, sitting on the advisory committee of “We Build the Wall,” an organization that’s just completed building a half mile of wall along the southern border near El Paso, Texas.

Also on the advisory committee of We Build the Wall is former Trump adviser Stephen Bannon, former Kansas Secretary of State Kris Kobach, and other immigration hard liners.

The group used a GoFundMe campaign to raise over $23 million after Trump couldn’t get Congress to pay for the longer wall.

“The border patrol says it’s the best barrier on the border,” Tancredo says. “I am absolutely proud of it. I’m almost hoarse from talking about it on the radio.” [Pols emphasis]

No doubt Tancredo raised a ton of money for “We Build The Wall” talking himself hoarse about it on the radio–but the question on the minds of Coloradans today is, how much cash did Tanc take for himself? Like we’ve learned from the Jared Polis recall cash cow and the Independence Institute’s high-commission “crowdfunding” site Freedomfy, raising and distributing the money is literally the whole operation.

If Tancredo really got conned by Steve Bannon into enlisting his “good name” with no consideration on the back end, we feel a bit badly for him. Tanc missed out on how all the smart Colorado Republicans are beating the high cost of living these days! After all, a felony conviction never stopped Doug Bruce.

We’re keen to hear Tancredo’s side of the story. At the very least, we assume he’s no longer “absolutely proud.”