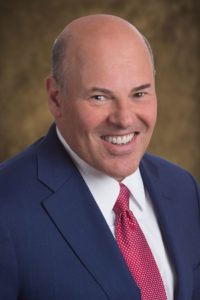 National Public Radio reports on an admission so jaw-dropping it could only be…an average Thursday in Donald Trump’s train wreck presidency:

While President Trump has long railed against mail-in voting, falsely claiming it leads to rampant fraud, he appeared to confirm Thursday morning that he opposes Democrats’ proposed boost in funding for the U.S. Postal Service because he wants to make it harder to expand voting by mail…

“They [the Democrats] want three and a half billion dollars for something that’ll turn out to be fraudulent — that’s election money basically,” Trump said.

Continued the president: “They want $25 billion for the post office. Now, they need that money in order to have the post office work so it can take all of these millions and millions of ballots. Now, in the meantime, they aren’t getting there. But if they don’t get those two items, that means you can’t have universal mail-in voting because they’re not equipped to have it.” [Pols emphasis]

First of all, there is no proposal for “universal mail-in voting” at the federal level. For all the discussion about migrating to a mail ballot system during the COVID-19 pandemic, only two additional states have switched to primarily mail ballots in addition to the six states including Colorado that already conduct mail ballot elections.

Trump’s characteristically frank admission that he opposes more money for the U.S. Postal Service because he doesn’t want USPS to be able to handle mail ballots is fully consistent with the reports of new policies within the Postal Service that are slowing down the delivery of mail across the country–policies put in place by Trump’s newly appointed postmaster general Louis DeJoy, a campaign donor and supporter. Taken together, these clearly point to an agenda by the Trump administration to deliberately harm the USPS–and blame any resultant election chaos on the mail ballots Trump is determined without evidence to vilify in advance for his expected defeat at the polls in November.

As you can imagine, Colorado Secretary of State Jena Griswold is pretty upset…

Sabotaging the postal service to tilt an election sounds like a headline from an authoritarian regime, but it’s not. It’s happening right now in America. https://t.co/4RriJl6jZX 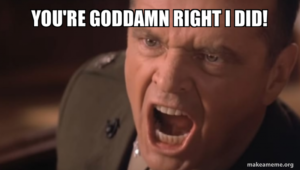 Ballots go out in enough time in Colorado to account for any reasonable delay that might occur in delivery to voters. Like we noted yesterday, a very high percentage of Colorado voters use secure drop boxes provided by counties to return their mail ballots–which could work in our favor to the extent that Trump succeeds in disrupting mail service in the weeks before the election. Above all Colorado voters know that mail ballots work, or at least have worked, year after year, without any significant trouble while driving Colorado’s rate of voter participation to historic heights.

What we have today is a President actively working to sabotage one of the nation’s oldest and most trusted institutions for personal political advantage. Trump’s eagerness to admit to the moral worst-case scenario in any situation–like asking his “people” to “slow the testing down, please”–has robbed his apologists of their excuses. It surely ranks among the worst known misdeeds of any modern American President, Watergate included, and it is only Trump’s unprecedented disregard for any moral or legal constraint that prevents the public from catching its breath and realizing how bad this really is.

When Trump floated postponing the election over his fictitious concerns about mail ballots, Sen. Cory Gardner spoke up to condemn the idea–but not to defend the mail ballots Colorado used to elect Gardner in 2014. Gardner’s evasions when asked to reconcile his support for Colorado’s mail ballots with Trump’s disparagement of them are not going to work forever, especially if Trump’s subversion of the Postal Service to sabotage mail ballots continues.