Caption This Photo: Where Cory Goes One, We Go All 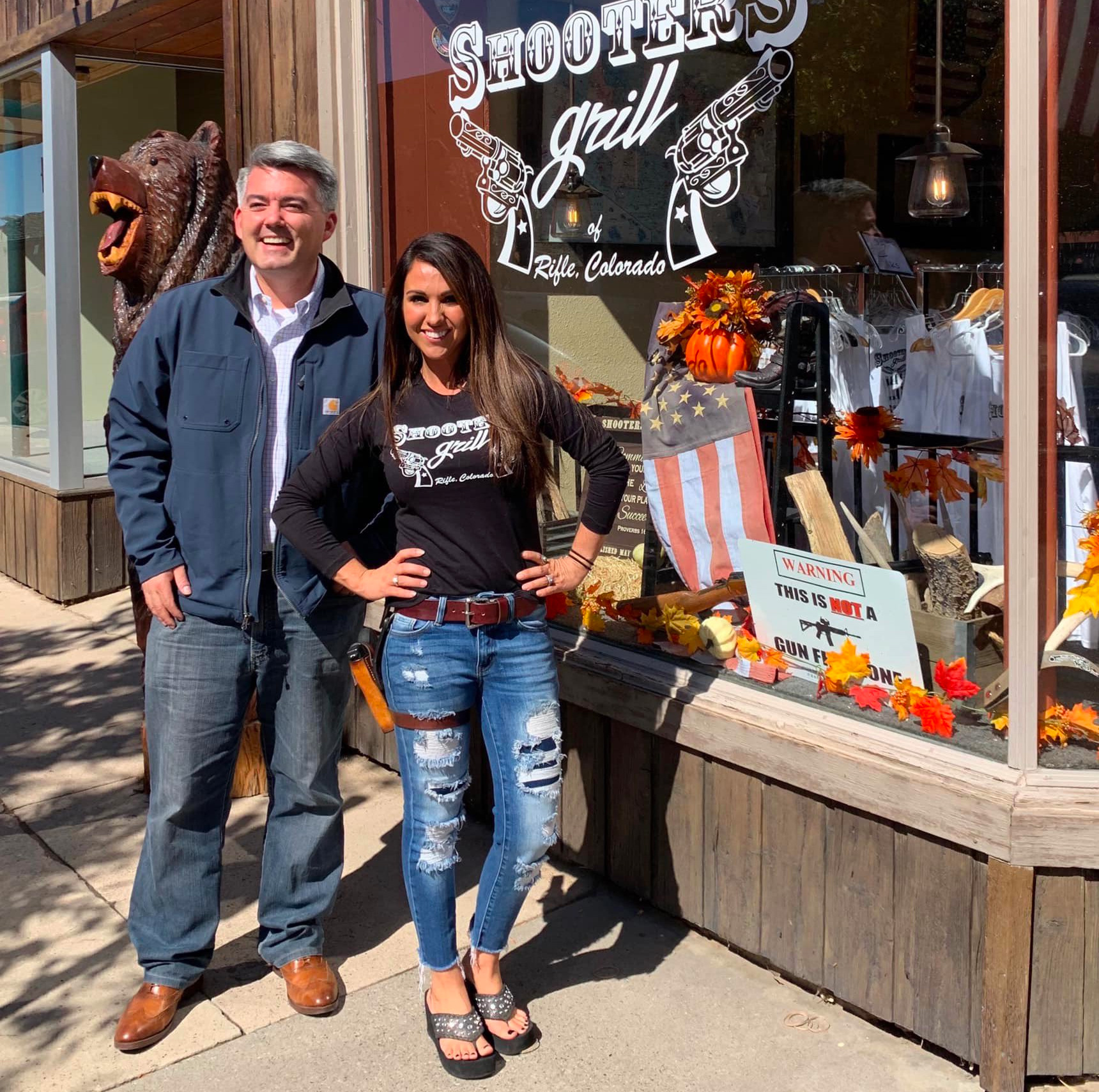 Courtesy the Shooters Grill Twitters, this is a photo from last September in Rifle, Colorado, of embattled GOP Sen. Cory Gardner and now-CD-3 GOP nominee Lauren Boebert. This was taken before Boebert challenged Rep. Scott Tipton in the GOP CD-3 primary in December–otherwise you can be assured that Gardner would not have consented to a promotional photo with the candidate not endorsed by Gardner’s boss Donald Trump.

Now that Boebert has shocked the Slope by ousting Tipton after his somnolent decade in Congress, though, Gardner and Boebert are ticketmates way up high on the November 2020 ballot! Under normal circumstances that would mean lots of joint appearances between now and then.

But as our readers know, Lauren Boebert…has baggage. Cory Gardner has enough problems without having to answer for Boebert’s fringy pronouncements on the way to icepicking Tipton’s political career–and certainly no time for, as they are known colloquially, “the trots.”

Enjoy the photo, gentle readers, because it might be the only one of its kind.