At Least He’s Not Your Legislator, Double Duty Edition 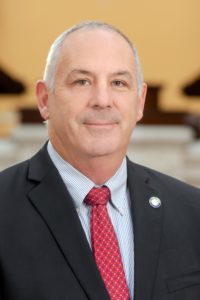 AP reported via KDVR FOX 31 late last week and the local similarities oblige us to mention:

The American Civil Liberties Union called for state Sen. Steve Huffman to step down from office Thursday following his comments that were made during a hearing for a resolution to declare racism a public health crisis.

Huffman caused controversy after he questioned Angela Dawson, executive director of the Ohio Commission of Minority Health, on Tuesday over why the COVID-19 rates for black Ohioans were higher than other populations.

“Could it just be that African Americans – or the colored population — do not wash their hands as well as other groups? Or wear masks? Or do not socially distance themselves?” Huffman asked during Senate testimony. “Could that just be the explanation of why there’s a higher incidence?”

GOP Sen. Steve Huffman of Ohio managed to offend with one statement as much as two of Colorado’s favorite “freak right” Senate ideologues–Sen. Rob Woodward’s recent regrettable employment of the words “colored people” along with a incredibly ill-timed knee-on-neck analogy, and Sen. Vicki Marble’s infamous monologue about “problems in the black race” with eating too much chicken.

Outdoing our local embarrassments takes effort, and we want to acknowledge the effort.