The Plot to Kill Gallagher 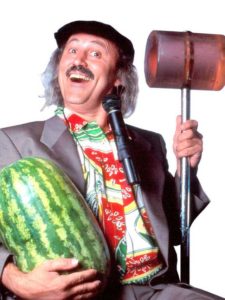 No, not that one.

If you’re a fan of public schools, firefighters, and libraries, then you’ll want to pay particular attention to this story. A bipartisan group of lawmakers — led by State Sen. Jack Tate (R-Centennial) and State Sen. Chris Hansen (D-Denver) — is pushing legislation intended to eventually kill off the Gallagher Amendment once and for all. The hope is to pass legislation that will put a repeal of the Gallagher Amendment on the 2020 ballot so voters can head off further economic disaster in our state.

The Gallagher Amendment, passed in 1982, is a bit complicated to explain (here’s a video from Colorado Fiscal Institute that may or may not help). But going through the minutiae of how the Gallagher Amendment works is probably less important than understanding why it is a problem for Colorado.

Essential services such as public schools, local firefighters, and library districts rely on funding from property tax revenues. Residential property represents roughly 75% of all valued property, but under the Gallagher Amendment it can only provide 45% of all property tax revenue for local services. When the value of commercial properties decreases — which, for obvious reasons, is happening during the coronavirus pandemic — then commercial property values are lowered; that means less money for local services.

The purpose behind the Gallagher Amendment was to make sure that residential property rates didn’t increase too much compared to the tax rates for other properties and services, which in the 1980s was a particularly popular complaint for East Coast property owners. The Gallagher Amendment would be problematic enough on its own, but it is doubly-destructive in Colorado because we also have TABOR. As Conrad Swanson writes for The Denver Post:

Estimates from the state’s property tax administrator show that residential rates could drop from the current 7.15% to 5.88%, spelling a $491 million cut for school districts statewide and a $204 million cut for county governments, as Chalkbeat reported.

“The impact on schools is going to be brutal if we don’t repeal Gallagher,” Hansen said. “Massive.”

And that lost revenue will stay lost, Rep. Daneya Esgar said. While the Gallagher Amendment allows residential rates to float up and down as needed, a second amendment passed in 1992, the Taxpayer’s Bill of Rights, prevents the taxes from rising again, she said.

“If we get rid of Gallagher before the residential assessment rate drops, we can at least maintain where it is right now,” Esgar said. Otherwise, “we’ll never be able to get back to where we are now.” [Pols emphasis]

Repealing the Gallagher Amendment would not increase anyone’s property taxes — it would just stop a process of ratcheting those funds ever downward. Legislators need to get a 2/3rds majority to approve putting a repeal on the ballot in November; a corresponding measure would ask voters to freeze residential property tax rates for several years.

And if that doesn’t pass? The Post provides one particularly grim assessment:

Fire departments across the state will lose a substantial amount of cash. Already the Glenwood Springs department’s 28 full-time employees face staggered furloughs, but another hit to the budget would mean fire stations would go unstaffed, [Pols emphasis] Fire Chief Gary Tillotson said. Emergency calls would be answered by other stations across town or from neighboring departments dealing with their own budget shortfalls.

In a very real sense, the Gallagher Amendment needs to die in order to help keep Coloradans alive. That battle has now begun.