The Dynamics of Buck’s “Woman Problem” 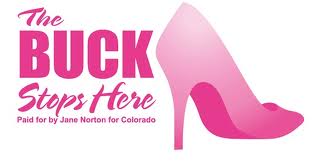 One of the biggest reasons why, despite what should be a national wave sweeping GOP Senate candidate Ken Buck to victory in a few weeks, the Colorado Senate race remains one of the most hotly contested in the nation, is the gap between Buck’s relative popularity among men and unpopularity with women. Recent polling illustrates this quite clearly, with a lopsided spread: Buck leads 52-37% with men over opponent Michael Bennet in a poll released by 9NEWS last week, but is trailing by five points or more with women. Combined with a persistent disparity between polls of “likely” voters as opposed to registered voters, and questions about the methods used to screen those “likely” voters, you have a situation where both sides see a plausible route to victory.

So, as many news stories have pointed to in recent weeks, Bennet’s campaign has targeted the key demographic of suburban women–both base Democrats and swing independent voters, to undermine polling models and win the election despite national trends. The message used with these voters, that Buck is too extreme, can’t be trusted to say what he believes, and supports policies that women will overwhelmingly find abhorrent, could also dislodge support for Buck from other swing voters who, while receptive to Republican framing on fiscal issues, recoil from intrusive conservative positions on social wedge stuff. If Democrats can make Buck’s positions–especially his pre-primary positions and subsequent reversals–on hot-button issues broadly understood, they can both hold Bennet’s lead among women and strongly motivate the Democratic base to vote on November 2nd.

The good news for Democrats is that, from anecdotes to the uncomfortable details, they’ve got a lot to work with in Ken Buck. It’s why a Buck primary victory was always the Democrats’ preference. 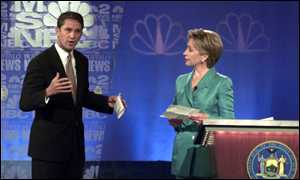 The first campaign that sought to raise Buck’s negatives among women voters was, of course, his primary opponent Jane Norton. The beginnings of that alienation come simply from being a male candidate engaging in vigorous debate with a woman–New York Senate candidate Rick Lazio learned this lesson back in the 2000 election, when his pushiness in debates against Hillary Clinton was perceived as creepy and sexist, and wound up hurting him. Buck never behaved as badly as Lazio did in a debate, but the lesson here is to be doubly careful of what you say: sexism runs deep in American culture, and women don’t miss the subtle signs of it.

Unfortunately for Buck, there was a terribly damaging moment of not-so-subtle sexism on the campaign trail, when Buck told a woman who asked why she should vote for him, “because I don’t wear high heels.” It’s been defended, feebly, as some kind of “retort” against a charge from Norton that Buck was not “man enough” to engage her directly. We can tell you that in focus groups and other research conducted by both sides, women don’t take it that way at all, and that defense doesn’t wash even when it’s “fully explained.” And it did hurt Buck in the primary–not quite enough to overcome the “Tea Party” wave behind him, but enough to make it closer.

With that incident as his lead-in, Buck’s performance post-primary in terms of motivating women to support him has been an unqualified disaster. Democrats knew last spring that there would be a price to pay for every GOP Colorado gubernatorial or U.S. Senate candidate having endorsed the “Personhood Amendment,” but for obvious reasons, the effect would have been different had Norton won the primary. That said, she probably would also have backed away from it as Buck did, albeit to less criticism.

As it happened, Buck’s hard-core expressed views on abortion–not even allowable in cases of rape or incest–combined with his support for an initiative that would even ban common forms of birth control left him in a horrible spot with women general election voters. Buck’s attempts to change the subject back to “what voters care about” wasn’t enough to overcome the revulsion the proper explanation of Buck’s views inspired in both women voters and social issue-averse independents, which inevitably forced Buck to flip-flop on key abortion-related policy positions he had previously campaigned on in the primary–including the “Personhood Amendment” itself.

The trouble is, Buck’s reversals on abortion issues came in the middle of flip-flops on a slew of issues that Buck had taken stands on during the primary, and that he had been captured on tape explicitly referencing at one time or another. At the same moment Buck was trying to reassure women voters that he doesn’t support banning The Pill, and wouldn’t be the guy who introduced a constitutional amendment overturning Roe v. Wade, both contrary to specific things he had said during the primary, he was also “Buckpedaling” on opposing the democratic election of Senators, a national sales tax, the Bush tax cuts, privatizing Social Security and Medicare…

This is how unsteadiness on an individual issue reaches beyond a narrowly targeted audience, and becomes a trust problem. It’s what happened to GOP gubernatorial candidate “Both Ways Bob” Beauprez in 2006. The small problems aggregate–the 17th Amendment, by itself, is not going to turn out voters against Buck. A national sales tax, in and of itself, won’t matter either. Social Security and Medicare could be a little worse, but once you combine all of these, and unsteadiness on an issue like abortion for good measure? What you’ve got then is a candidate who voters can’t trust on any issue, who looks like he’ll say anything to get elected, and who women voters cannot place any faith in as he assures them that what he said before about their bodies isn’t true anymore.

Like we said at the beginning, what this presents, in the next two critical weeks of framing, is an opening to ruin Buck with voters beyond the focus on women in the suburbs–but still driven by the messaging aimed at them. If Norton had won the primary, the applicability of all of this would be sharply reduced, and the Democrats would not have this wedge to open up more wedges with. Beyond the obvious affinity, Norton had less to reverse herself on from the primary overall than Buck did, if for no other reason than her sticking to vague boilerplate on the campaign trail. But the bottom line is the same–the disparity between men’s versus women’s support for Ken Buck would not exist with Norton, and this race would probably be over.

Epilogue: we’ve heard a rumor from several credible sources now about an Equal Employment Opportunity Commission (EEOC) complaint against Buck in his past record that could shortly be disclosed “October surprise” style.  We’ve been told that newspapers and at least one Denver television station are actively working this story. To be clear, the specific details of this have not been disclosed to us, even on background, except that it involves a complaint and a settlement. But we’re told it could further damagingly reinforce Buck’s problems with women voters.

Stay tuned, because what we have set out above, with or without any late-breaking scandals, is the battlefield on which the U.S. Senate race in Colorado this year will be won or lost.