The support of Brown and Allard, and to a much lesser extent, Schaffer, is nice for Gardner to have. But does he really gain anything from getting the vocal support of Marilyn Musgrave? After all, the two-term Republican Musgrave was so unpopular that she barely survived her 2006 re-election before getting pummeled by Markey to the tune of 12 points in 2008 (and then being named the “Sorest Loser in America“).

We don’t see the benefit of Musgrave’s endorsement, but what do you think? Vote in the poll after the jump.

On another note, we did get a good chuckle out of the fundraising letter containing Musgrave’s endorsement. The prose is gooey-thick and maybe a tad overboard on the hyperbole with lines like this:

When we see the “Gardner for Congress” campaign, it’s like something right out of a Norman Rockwell painting.

We weren’t sure which Norman Rockwell painting Musgrave and friends was referencing, but after a quick search online, we found it: 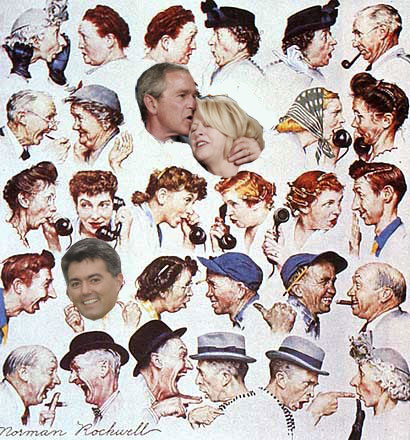