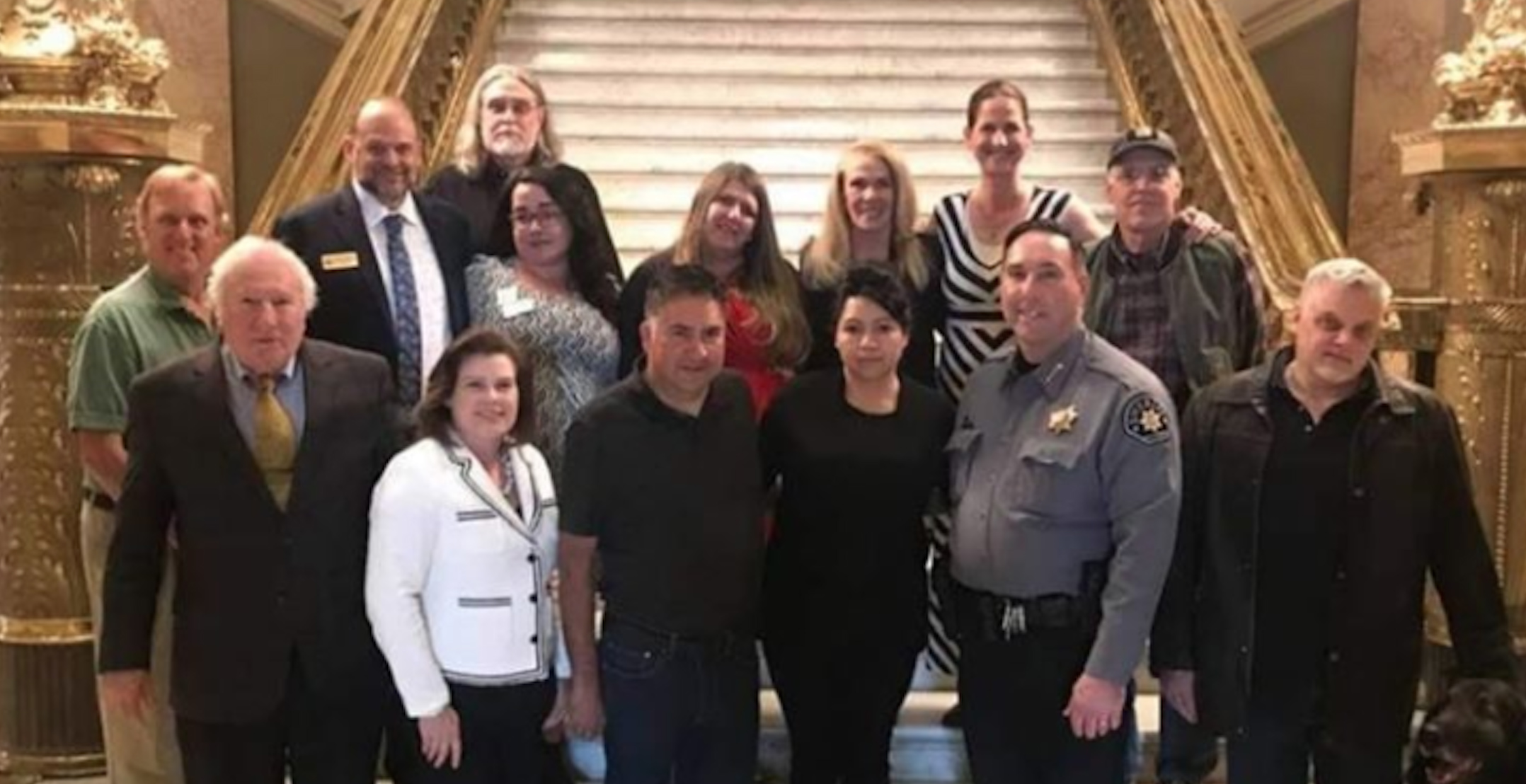 On May 1, the FBI arrested a Loveland man who was armed with pipe bombs and planning to stage an open-carry protest at the Colorado Capitol during an already planned anti-shutdown rally.

Brad Bunn and his fellow organizers were hoping for an overwhelming show of force, enough to prevent police from enforcing the law for fear of a massive gun battle. 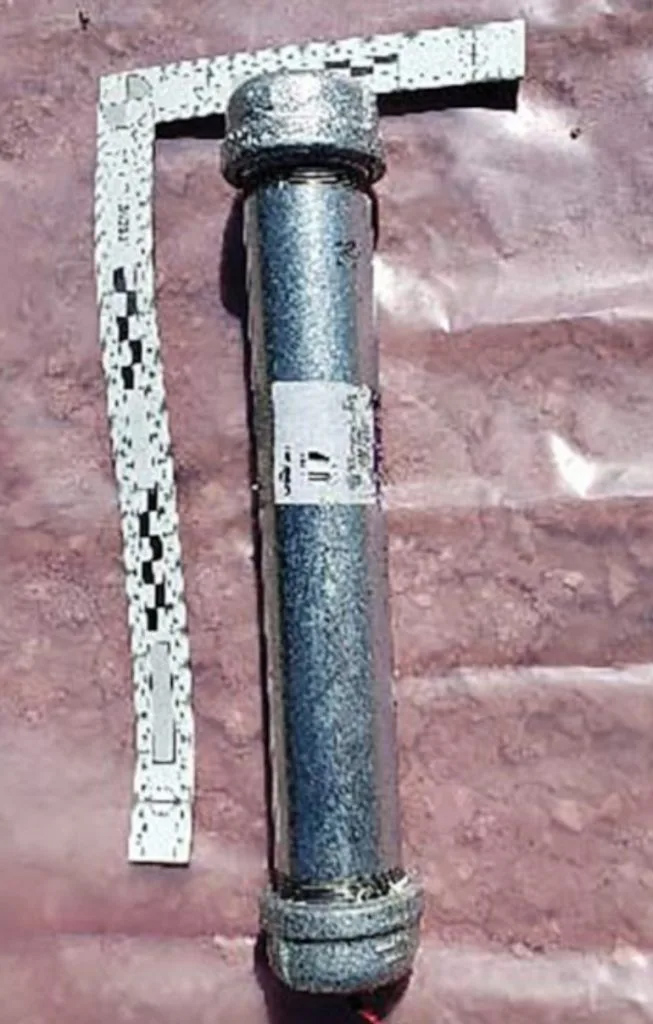 One of the pipe bombs Bunn told the FBI he made.

Thanks to the FBI and Larimer County, Colorado, Sheriff’s deputies, neither Bunn nor other openly-armed protesters made it to the Capitol.

Bunn had advocated for gun rights at the legislature before. In March, he and other Second Amendment activists testified in favor of a bill to repeal the 2019 Emergency Response Protective Order, or “red flag” law.

He posted a photo of the group with state Rep. Lori Saine of Firestone, state Sen. Vicki Marble of Ft. Collins, and Weld Sheriff Steve Reams, all Republicans, on the day of the committee hearing. 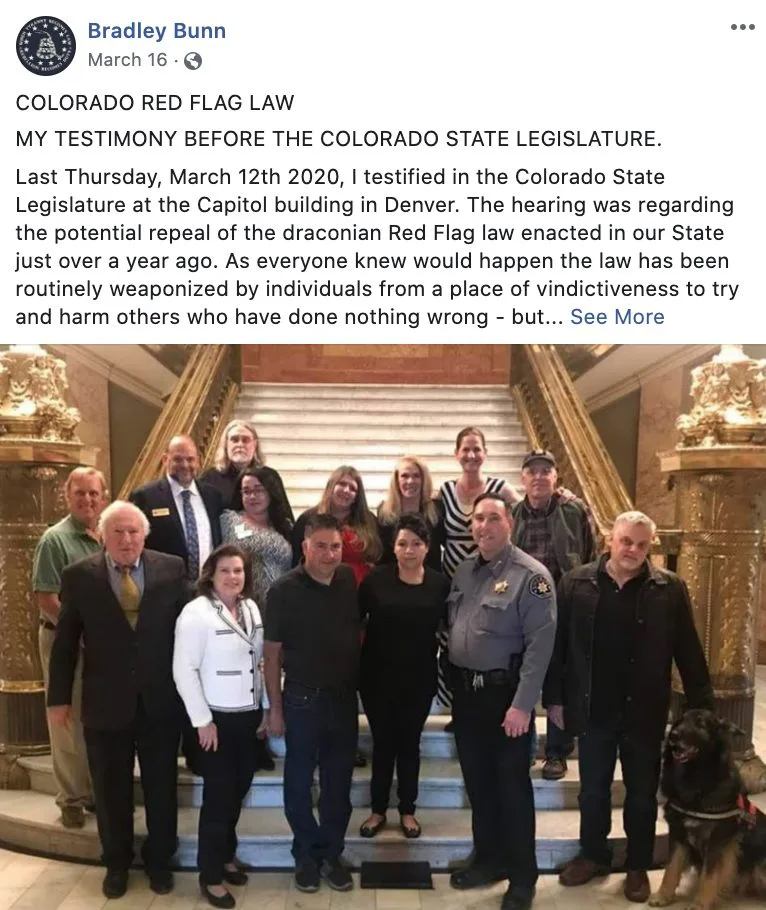 In the text of his post Bunn wrote, “Because I fearlessly spat in the dragon’s face, as I oftentimes do in public forums, I very honestly don’t expect to live much longer and I’m ok with this. I know the King of Kings, Jesus Christ of Nazareth, and because of what he’s done for me I’m ready to step into His Kingdom whenever He deems it’s time…all I ask for is a good death.”

Bunn was the last red flag repeal proponent to testify before the House Judiciary Committee on March 12. Asserting that he is a combat veteran, he recounted being armed and suicidal after returning from Iraq, and credited the Larimer Sheriff’s Department’s use of a 72-hour mental health hold with saving his life. He argued that there was no need for a red flag law given the existing three-day hold rules.

His conclusion, however, took a much darker turn, especially considering the crimes with which Bunn is now charged. He described the law as treasonous, stating that he had sworn an oath to defend the Constitution against all enemies, foreign and domestic.

As part of his testimony, Bunn claimed that Larimer Sheriff Justin Smith sat with him for hours during his detention in the hospital. Via the department’s public information officer, Sheriff Smith denied this, saying he thinks Bunn must be mistaking him for someone else. He said that in 2009 he had the rank of major, not sergeant as Bunn remembered, and therefore it would have been unlikely that he would have been involved with the incident.

According to the FBI’s brief asking the court to restrict some of the legal documents related to Bunn’s arrest, the Bureau asserts that it was warned by the Department of Homeland Security that “a white supremacist extremist instant messaging group shared information claiming a quick reaction force was being staged in the Fort Collins, CO, area in response to an FBI raid, and that the group was inciting followers to shoot through their doors at FBI agents and local law enforcement officers performing said raids…the FBI understands this warning to pertain to associates of Mr. Bunn.”

Another local gun-rights group was aware of the failed open carry action at the May Day rally, and was possibly considering sponsoring it. A week before the protest, Rocky Mountain Gun Owners [RMGO] political director Taylor Rhodes set up a phone call with one of the organizers, who claimed to be “heavily involved with RMGO,” after the organizer proposed that the group might want to become a sponsor.

It’s unknown if the call took place or if RMGO was supportive or opposed to the proposition. Mr. Rhodes did not respond to an email seeking comment.

My name is Brad Bunn from Loveland, Colorado, representing myself. A former U.S. Army infantryman, infantry combat officers, a company grade field commander in Iraq. In 2009, when I came out of the service, I was going through a really tough time. I was going to end my life with a Glock 40 cal to the heart. We only get experience death once. I want to experience all of it. I wasn’t. I was gonna take it through the heart.

The sheriff’s office came out and the Larimer County SWAT team literally saved my life. This in 2009. There’s no red flag bill. Lieutenant Robert Cooke, explain to me a couple of things he said everything was going to do it. And. He has shared with me that no matter what good you think you’re gonna do, it’s not going mitigate the damage you’re gonna do to your kids. That’s all I needed to hear.

I was put under a 72-hour hold, I was taken to the hospital. Where were they evaluated me and that’s where they determined the 72-hour hold. A sergeant named Justin Smith sat with me. He didn’t need to. He sat with me for two hours. He’s now the sheriff of Larimer County.

I swear that I will protect and defend the Constitution of the United States of America against all enemies, foreign and domestic. The Second Amendment of the Constitution does not grant me the right to bear arms. It prevents you from taking it.

Repeal this. It is treason to disarm the American populace. Repeal it, please. I’m asking nicely.