Oil Prices Drop Below Zero, and Not Because of SB-181 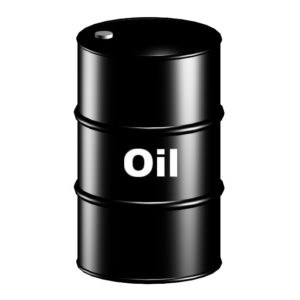 Anybody got extra room in their backyard?

From The New York Times:

It was a bizarre day for oil traders, owing largely to a quirk in the way that oil prices are set. Oil that is scheduled to be delivered next month fell 12 percent Monday to about $22 a barrel, but at the same time a key benchmark for oil to be delivered Tuesday was essentially deemed to be worthless by investors. It actually fell into negative territory, meaning people who had oil to sell were willing to pay people to take it off their hands. [Pols emphasis]

The problem is that the United States is running out of places to store its oil.

Oil is already being stockpiled on barges out at sea, and in any nook and cranny companies can find in their storage facilities. Now, traders are worrying that even this space is running out. Under futures contracts, West Texas Intermediate — the American oil-price benchmark — is delivered to Cushing, Okla., but investors are worried that there will be no place to put it there.

At one point today, a barrel of oil was trading at -$1.43, as Julia Horowitz writes for CNN Business. We won’t pretend we really understand how something can have a negative price, but apparently this is a thing that happened.

This news will put a serious wrinkle in ongoing efforts by local oil and gas groups and their Colorado Republican friends to continue complaining that regulatory efforts — such as SB-181, passed in 2019 — are stifling energy production in our state. This is also a complication for the Bureau of Land Management (BLM), which is pushing to open up new plots of public land for drilling in Colorado.

Anyway, the next time you hear someone say that state regulations are killing the oil and gas industry in Colorado…just smile politely and keep on walking. That narrative is officially dead.