We noted last month on The Get More Smarter Podcast that Sen. Cory Gardner (R-Yuma) was identified as a high-profile attendee of a lavish champagne-tasting party in Palm Beach, Florida. Today, Justin Wingerter of The Denver Post catches up on this story and a related ethics complaint that looks really, really, REALLY bad for Gardner:

On a late February night in Palm Beach, a mansion owned by billionaire art collectors was teeming with activity. Pianist Chloe Flower played Chopin, a four-course meal was served and, most importantly for the hosts, $1,000 bottles of some of the world’s best champagne were poured.

Seated somewhere near the middle of this “by-invitation bacchanal,” in the words of one attendee, was U.S. Sen. Cory Gardner, according to news reports, an Instagram video and a promotional photo of the party…

…State Rep. Tom Sullivan, a Centennial Democrat and outspoken critic of Gardner, says Gardner’s appearance at the champagne party is an ethics violation. Sullivan claimed in a complaint to the Senate Ethics Committee this week that Gardner violated a ban on gifts of more than $50, as well as a ban on gifts from companies that hire lobbyists.

Gardner’s campaign says he didn’t take a gift from Krug Champagne or anyone else on that February night. The campaign says it fully paid for Gardner’s evening when, weeks later, it sent $350 from a campaign account to LaForce, a New York City public relations firm that represents Krug. LaForce did not respond to a request for confirmation that the check covered the cost of Gardner’s night. [Pols emphasis]

This would be a bad look for any politician, ever, but the context of the Palm Beach event makes it look even worse for Gardner. And that’s not just because Gardner’s campaign paid $350 for him to be there.

Earlier that week, the first coronavirus case of unknown origin appeared in California. Gardner was well aware of the coronavirus problem by that point anyway. A few weeks later, in fact, Gardner voluntarily self-quarantined himself in Washington D.C. after getting word that he came in contact with an infected person.

The champagne event appears to have taken place on Saturday, Feb. 29, which was the same day that Gardner Tweeted being in Colorado Springs for a funeral; we don’t doubt that Gardner was really in Colorado Springs that day, but he would have had to hustle to make it to the airport for a long flight to Palm Beach to arrive in time for the first flute of bubbly. It’s not like Gardner just happened to be in Florida at the time. 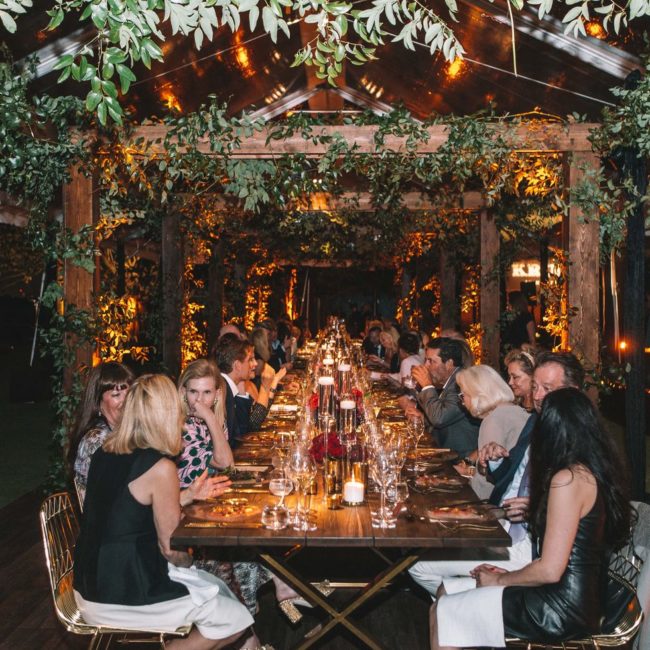 See if you can spot Sen. Cory Gardner in this photo.

It’s also important to note that this Palm Beach event was not a fundraiser or charitable event of any kind. This was rich people getting together to drink expensive champagne…and that’s pretty much it. So why would Gardner go through so much trouble to attend this soiree? We’re guessing it was to ply said rich people for campaign donations. Again, from The Denver Post:

The Krug Champagne event was held at the mansion of two wealthy Gardner donors, John and Amy Phelan. Both contributed the maximum amount allowed under law to Gardner’s 2014 Senate campaign. The Phelans are part-time Colorado residents and prominent figures in the Aspen arts scene…

…An Instagram video of the event, posted to the pianist’s account and cited in the ethics complaint, appears to show Gardner seated near the center of a long table, watching intently in a dark suit. A promotional photo released by Krug also shows Gardner near the center of the table, seated across from Amy Phelan and Steve Wynn, a billionaire casino magnate and GOP mega-donor who resigned from his role with the Republican National Committee due to sexual misconduct allegations.

Here’s the blurb from a March 1 “Town & Country” article that betrays Gardner’s appearance and the absurd opulence of the event (you can also read about the party in something called “Cool Hunting“):

Of course the real stars of the night were the Champagnes on offer, ranging from Krug Grande Cuvée 161st Edition, served with canapés at the beginning of the evening, on the terrace overlooking the sparkling waters of Palm Beach, to the coveted Krug Clos du Mesnil 2004 poured at the beginning of dinner and considered by many experts to be the best of all Champagnes.

Canapés on a terrace overlooking the sparkling waters of Palm Beach, Florida. Cory Gardner is just like you!

Whether or not the ethics complaint goes anywhere in this case is almost beside the point. The television ads write themselves. 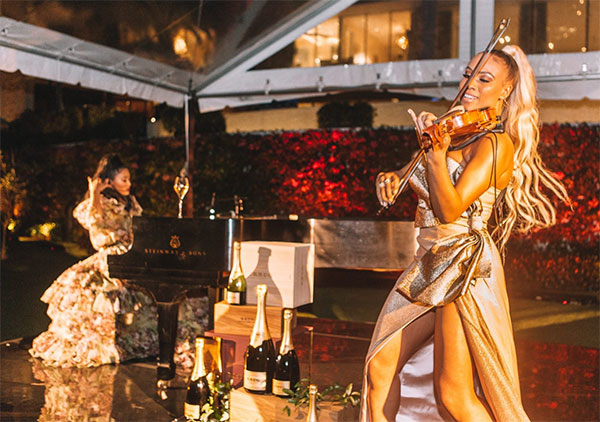