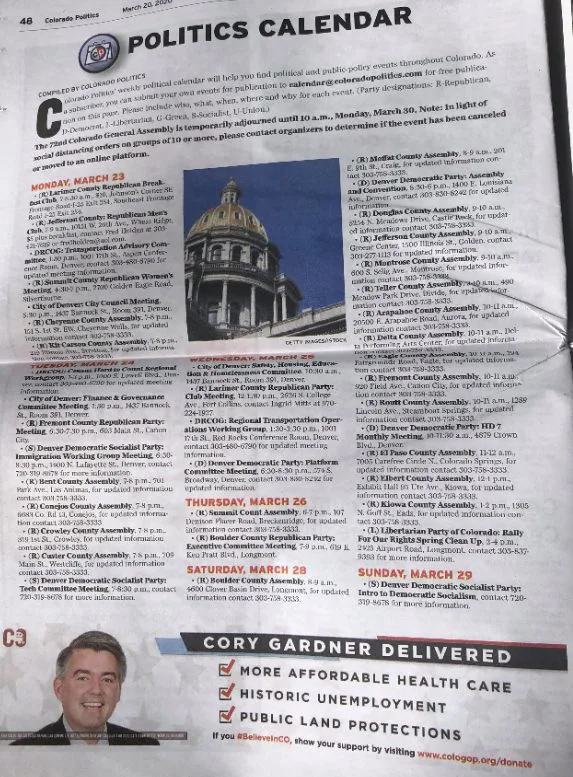 Most politicians like to boast that they deliver jobs.

But if you believe an advertisement this week, the Colorado Republican Party thinks people will vote for U.S. Cory Gardner (R-CO) if they’re convinced he delivered “historic unemployment.”

The Colorado Republican Party did not return an email asking if the ad was supposed to state that Gardner delivered “historically low unemployment,” a claim that would be further from the truth but is closer to Gardner’s normal talking points, say progressive labor leaders.

Jared Wright, Publisher of Colorado Politics, said in an email to the Colorado Times Recorder that his publication was not responsible for the text of the advertisement.

“Wow – that sure is a typo,” Wright emailed after being alerted to the apparent error. “It was delivered to us by the advertiser that way. We did not perform the design. That said, I will let them know to send a new file. Thanks for catching that.”

Asked to comment on the GOP ad, Dennis Dougherty, director of the Colorado AFL-CIO, said, “Cory Gardner did deliver working Coloradans something: historically low pay.” The AFL-CIO gave Gardner a zero rating on key votes in 2018 in support of working families.

In fact, 44 percent of American workers barely earn enough to live on, according to a January Brookings report.