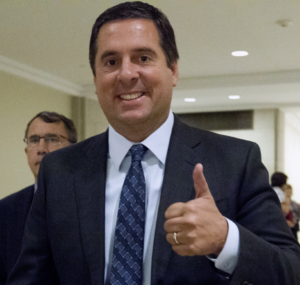 Thumbs up for terrible advice!

We’ve written a few times in this space about the asinine responses from local Colorado Republicans regarding efforts to slow the spread of COVID-19. It is worth noting that this is not a problem restricted to Colorado Republican elected officials.

On the same day that President Donald Trump acknowledged that somewhere between 100,000 and 200,000 Americans were likely to die because of the coronavirus, California Republican Rep. Devin Nunes went on Fox News to offer a very, uh, different perspective.

“Let’s stop looking at the death counters and let’s talk about how we can keep as many people employed as possible,” Nunes told Fox anchor Laura Ingraham. “That’s the key right now, Laura, because if you don’t, what you said earlier is correct. When you have people staying at home, not taking care of themselves, you will end up with a hell of a lot more people dying by other causes than you will by the coronavirus.”…

…It’s as though Nunes is living in some alternate universe here. In Nunes’ world, kids need to be going back to school. More people will die from staying home than returning to normal and spreading (or catching) the coronavirus! The economy will fail unless we start sending people back to work in two weeks!

Nunes is not — and this fact may surprise you — a doctor. Or an infectious disease expert. All of whom have pushed Trump to extend the social distancing guidelines in place for another month. And who have forced Trump to publicly admit that, even if we follow those guidelines to a T, we could well lose hundreds of thousands of Americans to the virus.

As Cillizza notes in a separate story, Wisconsin Republican Sen. Ron Johnson is carrying a similar tune. Check out this Op-Ed penned by Sen. Johnson that appeared recently in USA Today:

Every premature death is a tragedy, but death is an unavoidable part of life. More than 2.8 million die each year — nearly 7,700 a day. The 2017-18 flu season was exceptionally bad, with 61,000 deaths attributed to it. Can you imagine the panic if those mortality statistics were attributed to a new virus and reported nonstop?

This is another example of the “let old people die” argument that has been espoused by right-wing talk show hosts and even the Lieutenant Governor of Texas. It’s a false moral choice, of course, but that isn’t preventing these meatheads from making the same arguments over and over again.

Being unemployed is bad; being dead is definitely worse. We’ll leave it to others to debate how much it matters if you are employed when you die.