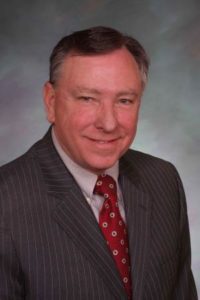 When considering last week’s round of angry protestations from local Republicans, first vilifying the Tri County Health Department for their enforceable stay-at-home order covering Adams, Arapahoe, and Douglas counties, then Gov. Jared Polis for his statewide stay-at-home order which superseded Tri County Health’s order, the question has not been whether these GOP protests would age poorly–it was a question of how long it would take for Republicans who took part in second-guessing measures to reduce the impact of a deadly global pandemic to realize they have made a terrible mistake, with potentially the worst possible consequence in the form of the deaths of those who listen to them.

Well folks, here’s GOP Rep. Mark Baisley, who joined the misguided call for Douglas County to pull out of the Tri County Health Department in protest, making his attempt to walk things back shortly after the news broke:

Regarding our letter to the Douglas County Commissioners, please understand; the intent of our request is for Douglas County to dissociate from Tri-County Health as the health agency for Douglas County. We have NOT suggested that people ignore the practices recommended by the order. [Pols emphasis]

It makes sense to a civil society that we need to maintain distance in order to slow this new virus that will eventually make its way into our general immune systems. That is why people already voluntarily participate by staying at home as much as possible.

Tri-County Health is under contract with Douglas County to fulfill the county’s statutory requirement to maintain a health agency. They overstepped their role when they included a threat to imprison and fine Douglas County citizens whom they deem to be noncompliant. This threatening order places the government in an adversarial position with the people. We believe that it is wholly inappropriate to entrust an unelected, contracted agency that is headquartered in another county with the power to imprison Douglas County residents…

Rep. Baisley even professes some embarrassment that the public knows about what he did:

As we discussed last week, the power vested in public health departments to enact mandatory orders to protect the public in an emergency were granted to them by the Colorado General Assembly–the body Baisley as a member of which would participate in changing the law if anyone seriously desired to do it. But that apparently doesn’t matter, because Baisley thinks everybody should be doing what Tri County and by extension Gov. Polis have ordered–it just, you know, shouldn’t be “an order.”

We of course have no reason to believe that any sane person wants to see the pandemic fulfill worst-case scenarios, and the view expressed by some conservative media figures that an uncontrolled pandemic would be preferable to the disruption of “freedom” caused by measures to contain is not shared by a majority of the American public.

What we can say with confidence is that the worse this pandemic gets, the worse it will get politically for Republicans who protested and even encouraged resistance to common-sense measures overwhelmingly supported by the public to slow it down. More than any event in our lifetimes so far, this is not a game–and political games at this dire moment will not be rewarded at the polls.

Any political pleasure from this development is undone, however, by the fact that Coloradans are going to die first.