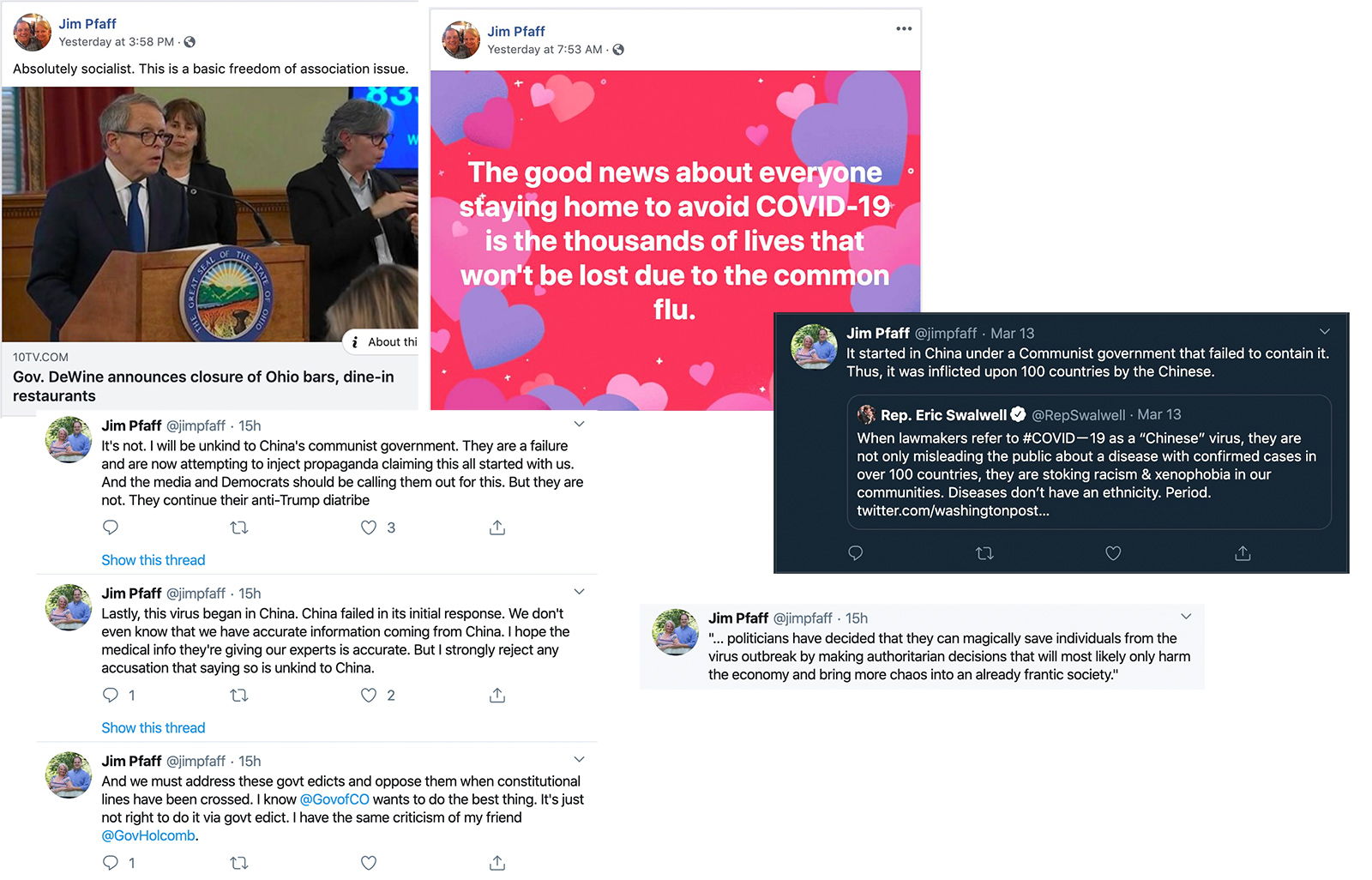 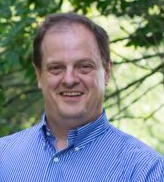 A prominent Colorado Republican is siding with several other high-profile personalities in attacking America’s response to the novel coronavirus.

Over the past several days, Jim Pfaff, chief of staff for the state House Republican caucus and a Woodland Park City Council candidate, has posted messages on Facebook and Twitter opposing social distancing measures, calling the closures of bars and restaurants “socialist” and mentioning a nationwide effort to “ban Trump rallies.”

…Early Monday, Pfaff posted on Facebook that he agreed with Republican Rep. Devin Nunes’ message encouraging people to go to local restaurants and pubs despite warnings from public health officials. on March 9, Pfaff shared on Twitter a clip from Fox Business anchor Trish Regan in which she accuses Democrats of using the coronavirus to create “mass hysteria to encourage a market sell-off” and to “demonize and destroy the president.”

Despite the fact that even President Donald Trump has stopped downplaying the threat of the novel coronavirus pandemic, and as Swanson reports Fox Business host Trish Regan was benched after she tried to politicize the measures belatedly taken to reduce the spread, Colorado House GOP House Chief of Staff Jim Pfaff didn’t get the memo that downplaying season is over! Every major point of misinformation, after all, inevitably has its faithful believers who never get the message that the proverbial war is over–or if they do, they don’t care. Given Mr. Pfaff’s track record, we feel like we can safely assume the latter is the case.

Speaking Darwinistically, Jim Pfaff is simply on the wrong side of time-honored theory of natural selection–and in this he is far from alone. With that said, it seems reasonable based on this epidemiological blind spot to question Pfaff’s fitness to serve as chief of staff for the Colorado House Republicans.