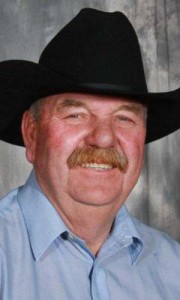 We were forwarded a lengthy Facebook rant from Republican Sen. Larry Crowder of Alamosa, who is most displeased with legislation moving through the Colorado General Assembly to rename Columbus Day in honor of Mother Frances Xavier Cabrini–a now-canonized Italian nun sent by the Pope Leo XIII to assist Italian immigrants to the United States, and the founder of Denver’s Queen of Heaven Orphanage.

The 1920’s in Colorado was a period of hatred, prejudice and racism. As hard times deepened, more middle and lower class workers became unemployed. Money was tight, jobs were few, agriculture was failing, and scapegoats were needed. The Ku Klux Klan (KKK) became a powerful force in Colorado politics at this time. The KKK came out of Georgia during the 1912-1918 era, and it gained considerable strength during the “Red Scare” of 1919. Colorado was a good breeding ground for the KKK because of a fairly large ethnic population and several industrial cities. Pueblo was a major contributor of KKK members who spouted patriotism, “Americanism,” racism and bigotry. Their targets were minorities like Blacks (there were few in Colorado at this time), Spanish-Americans, Italians, southern Europeans, Jews, Catholics and Orientals. Trinidad, Walsenburg, Aguilar and other coal towns were prime candidates for Klan activities. Southeastern Colorado may have seen a few cross burnings, some threats against minorities, and other incidents, but there were no deaths or injuries due to KKK activities. Italian newspapers in Trinidad, such as La Voratore Italiano and the Corriere de Trinidad successfully defended their communities against the KKK. Because there was a large Spanish-American population in the San Luis Valley, the KKK did not do well. Canon City saw a fair amount of KKK activity, but there were not very many minorities living there. Local Catholics and Jews took the brunt of KKK hatred. [15] So powerful was the KKK in Denver and the Front Range, that in 1924 these areas elected Clarence J. Morley governor. This Klan-backed executive was a Klan sympathizer, as were most members of the House of Representatives in Colorado’s legislature. All kinds of bills were introduced, from banning wine for use in Catholic church services to the abolition of parochial schools. Colorado’s Senate was the only body that kept these efforts from becoming law. The sole accomplishment of the Morley administration was abolition of the office of Horseshoe Inspector. Morley was removed from office in the 1926 election, and the Klan’s political influence quickly diminished.

Presently, we in colorado face legislative bill HB20-1031, which abolishes Columbus Day. I look at this as racism. Not only does this affect those of Italian descent but also of Hispanic descent. The Knights of Columbus, which are of Catholic descent, are directly affected by this as they also follow the traditions of Columbus Day. The Sons of Italy are another group. All of these groups have contributed greatly to Colorado and their foothold into our society should not be diminished by a small racist group. For over a hundred years this has been happening and should not be tolerated.

The first, though perhaps not the biggest problem is that Sen. Crowder appears to have plagiarized most of this copy from A Land of Contrast: A History of Southeast Colorado by Frederic J. Athearn for the Bureau of Land Management. Comparing this post to page 156 of A Land of Contrast, Crowder appears to have made a few tiny edits to what is otherwise a straight copy/paste job with zero attribution. That’ll get you kicked out of college, and it’s remarkably similar to the plagiarism scandal that ended Scott McInnis’ bid for governor in 2010.

So there’s that. Then there’s the idea that people who would prefer to honor someone of Italian heritage who is not a polarizing figure because to the death of 90% of the indigenous population of the Americas as the result of the thing he is being honored for are as bad as the KKK. This is, to put it mildly, onion-like layers of messed up.

For either or both reasons, Sen. Crowder just created a head-on-desk moment for the Republican brand.