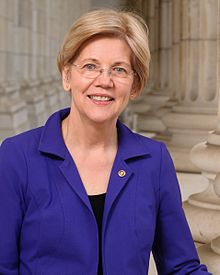 As the Denver Post’s Sam Tabachnik reports, Sen. Elizabeth Warren is coming next Sunday to Denver’s Fillmore Auditorium ahead of a do-or-die Super Tuesday, where if Warren does not manage to stage a significant comeback her presidential campaign is likely to end:

Warren, the progressive senator once a front-runner in the presidential race, is looking for a shot in the arm after disappointing finishes in Iowa and New Hampshire.

Colorado, however, remains tough to read because of a lack of public polling. The last publicly released poll in the state came in August, showing a tight race between Sanders, Biden and Warren nearly all within the margin of error. The dynamics of the race have shifted considerably since then.

The New York Times ran an insightful story today about the sobered but still hopeful Warren campaign, eyeing a path to victory despite the caucus disaster in Iowa clouding a respectable showing there, and then a tough fade in New Hampshire leaving Warren’s campaign battling to stay relevant:

Supporters and allies are doing their part to generate excitement, New Hampshire be damned. Organizations that are supporting Ms. Warren have blasted out emails with subject lines like “Warren the Warrior Wonk Returns — and people LOVE it,” sent after Ms. Warren criticized one of her favorite targets, Michael R. Bloomberg, the former New York mayor and a presidential rival. On Monday, which was Presidents’ Day, Ms. Warren’s supporters helped make #PresidentWarren a national trending topic on Twitter.

“Elizabeth is third in delegates, has over a million grass-roots donors, and is drawing thousands of people to her events,” said Kristen Orthman, Ms. Warren’s communications director. “The pundits have consistently been wrong about this primary and that’s why it’s important for people to organize for and support the candidate they believe in rather than the candidate the coverage says is on top.”

Polling in Nevada shows Warren battling for third place against Pete Buttigieg ahead of that state’s caucuses next Saturday. In South Carolina, The Joe Biden “firewall” is dominating the narrative–which means Super Tuesday is the day Warren’s campaign rockets back from the abyss or gets put to bed. The flip side of the coin is that Warren is arguably the only non-billionaire contender outside the Bernie Sanders/Biden/Buttigieg “boy’s club” troika who still has a shot.

Like everything else Sen. Warren “has a plan for that,” and it involves Colorado.