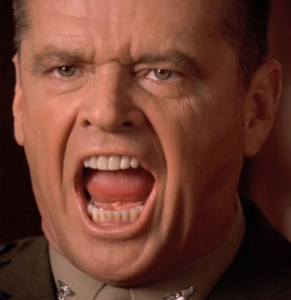 Rolling Stone’s Peter Wade reports while anyone paying attention picks their jaw up off the floor:

President Trump said he’s happy with the way the impeachment trial is going thus far because his administration has not released “materials” that would hurt his cause.

“When we released that conversation all hell broke out with the Democrats,” Trump said. “Because they said, ‘Wait a minute, this is much different than [what Adam Schiff] told us.’”

The president continued, “So, we’re doing very well. I got to watch [the impeachment trial] enough. I thought our team did a very good job. But honestly, we have all the material. They don’t have the material.” [Pols emphasis]

President Donald Trump’s gleeful apparent admission that the White House did not provide materials requested by investigators would seem to validate the second of the two articles of impeachment currently before the U.S. Senate–obstruction of Congress:

The House of Representatives has engaged in an impeachment inquiry focused on President Trump’s corrupt solicitation of the Government of Ukraine to interfere in the 2020 United States Presidential election. As part of this impeachment inquiry, the Committees undertaking the investigation served subpoenas seeking documents and testimony deemed vital to the inquiry from various Executive Branch agencies and offices, and current and former officials.

In response, without lawful cause or excuse, President Trump directed Executive Branch agencies, offices, and officials not to comply with those subpoenas. President Trump thus interposed the powers of the Presidency against the lawful subpoenas of the House of Representatives, and assumed to himself functions and judgments necessary to the exercise of the “sole Power of Impeachment” vested by the Constitution in the House of Representatives.

In other words, exactly what Trump appears to have just admitted to! Will it make a difference to Republicans like Sen. Cory Gardner that Trump just yucked it up about stonewalling Congress from the information they needed to investigate allegedly impeachable offenses? We’d say it takes a certain amount of contempt for one’s own authority as a lawmaker to simply ignore this brazen disregard for Congress’ subpoena power.

Then again, it would hardly be the first time Gardner has had to debase himself for Trump’s benefit.