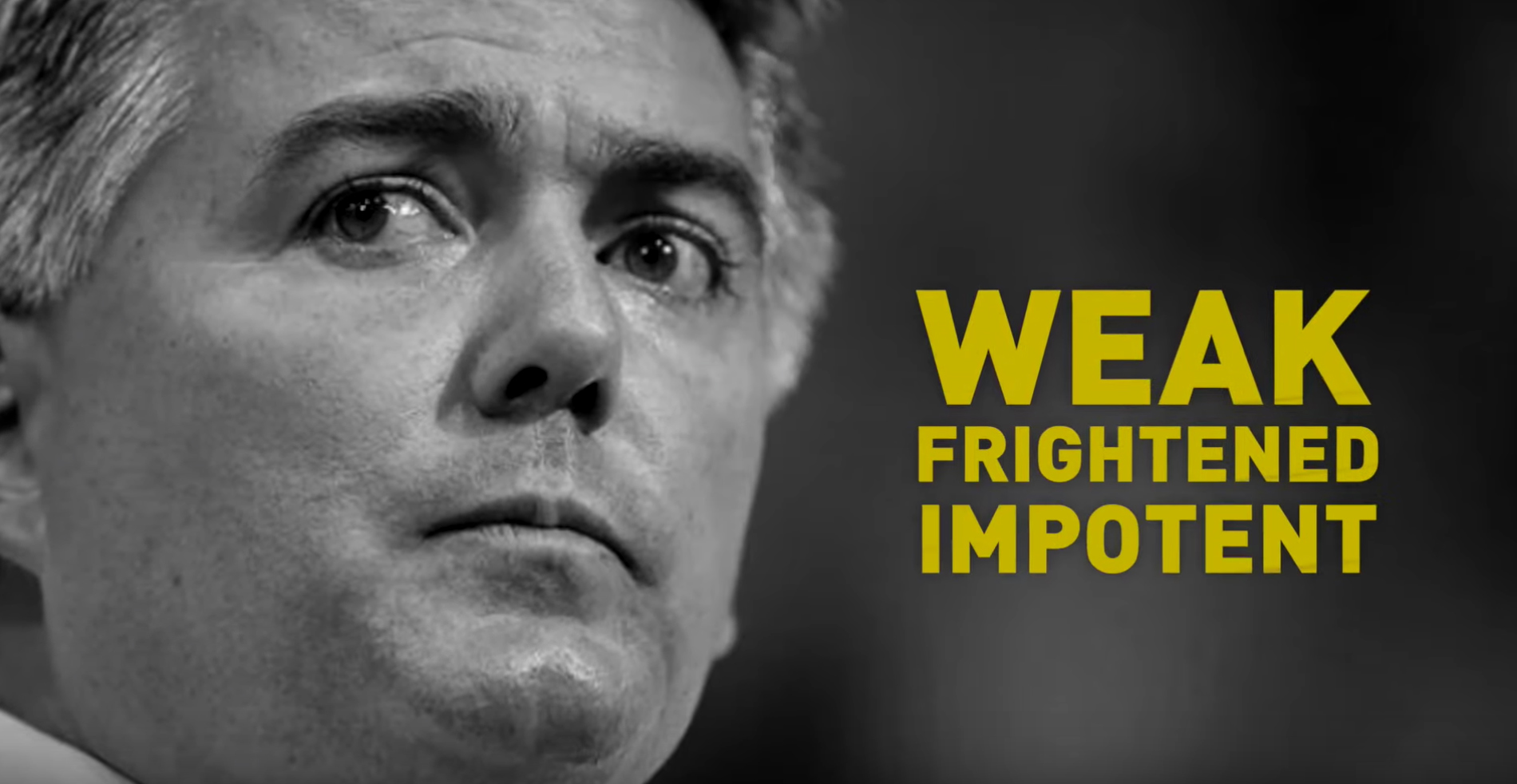 The White House is preparing for some Republican senators to join Democrats in voting to call witnesses in President Trump’s impeachment trial, which could get underway in the coming days.

Senior White House officials tell CBS News they increasingly believe that at least four Republicans, and likely more, will vote to call witnesses. In addition to Senators Lisa Murkowski of Alaska, Susan Collins of Maine, Mitt Romney of Utah and possibly Cory Gardner of Colorado, [Pols emphasis] the White House also views Rand Paul of Kentucky as a “wild card” and Senator Lamar Alexander of Tennessee as an “institutionalist” who might vote to call witnesses, as one official put it…

Gardner and Alexander have both said the Senate trial should be fair and impartial. Paul has said the president should be able to call his own witnesses, including the whistleblower whose complaint about Ukraine sparked the impeachment inquiry in the first place.

The possibility that Sen. Cory Gardner might break with the White House and vote to call witnesses in the Senate trial, such as Gardner’s admirer and Donald Trump’s former national security adviser John Bolton, would be a noteworthy move for Colorado’s vulnerable incumbent Republican Senator–a change from what has been steadfast support for the President and disdain for the impeachment process up to now.

McConnell, however, argued on Tuesday that demands for additional witnesses “do not show confidence” in the House case. [Pols emphasis]

McConnell’s opposition to witnesses in the Senate trial of President Trump blatantly contradicts his vote in 1999 to call Monica Lewinsky and other witnesses to testify in the trial against former President Bill Clinton–and like all questions about the hypocrisy of Republicans who voted to convict Clinton shamelessly covering for Trump twenty years later, there’s not even really an attempt by Republicans to justify it.

But if McConnell has decided that there will be no witnesses against Trump, and it comes down to a single deciding Republican vote to allow this crucial step in the trial to take place, we’ll wager hard money that deciding vote will not be Cory Gardner. Based on Gardner’s long record of misdirection ahead of important votes, whatever Gardner is saying now to create uncertainty is subterfuge ahead of what he does in almost every such case: toeing the party line.

If Gardner does defect on this specific question, it’s still most likely just a feint to reduce the damage from his near-inevitable vote against conviction. But it would nonetheless show further weakening among Republicans as the day of reckoning approaches, and that would be significant.

In the end, though, the last thing Gardner needs right now is a negative Tweet from the boss.