Water and drought, land use, agriculture, economic risks of fossil fuels, impacts of fracking, the long-sought Grail that would squeeze profit from rock, LNG export, coalmine methane pollution, Colorado’s wildlife and sensitive species, the booming outdoor industry and our shared public lands: These issues, that have dominated much of Colorado’s past decade of energy and resource news, all connect directly with the looming climate crisis.

Despite all this, during the 2010’s progress has advanced, at best, in fits and starts. The current administration in DC is not just resistant, but outright inimical to, climate action. It eschews even mention of climate change. And while progress in Colorado, like in many states and localities across the nation, has been more encouraging, without stronger federal leadership this will likely not be enough. The next decade must be marked by an “all-in” commitment – And 2020 is a year we can hold our elected leaders directly accountable.

The “Tens” were a decade when the reality of the climate crisis hit home like never before for millions Americans and billions across the globe.

The 2010’s revealed increasing evidence of what our inability to address the climate crisis will mean for humanity’s future. They were also marked by increasingly strident demands, even from the more often stoic scientists, calling for “urgent and unprecedented” action to avoid worse consequences to come.

Nonetheless, fossil fuel corporations, rising energy demand, unfettered capitalism, and other status quo politics pushed the world in the wrong direction during the past decade. In the U.S., whatever small advances were made by the Obama administration were quickly undone and aggressively reversed under President Trump.

Numerous key reports over the past decade reveal the scope of the challenge. Earlier climate models have been shown to be correct, but also too optimistic. During the past decade science recorded numerous feedback loops or “tipping points,” which could indicate that “worse case scenarios” have become more likely than once thought. As governments fail to act, the challenge grows more difficult and the impacts more extreme.

Colorado in the crosshairs

Warming Stripes for Colorado shows annual average temperatures for Colorado from 1895-2018 using data from NOAA, this and more great graphs can be found at www.climate-lab-book.ac.uk/visualisation-resources/

Among the growing body of evidence underlining our plight, during the 2010’s we learned with more clarity what specifically the climate crisis means for our region. Less water, increased aridity of the land, more wildfire and infestations in our forests, and changes in weather, precipitation patterns, and predictability are all in store for Colorado.

The Southwest, the Rocky Mountains, and the Plains all face significant warming and severe impacts from the climate crisis – putting our state and our top industries squarely in the crosshairs of the climate crisis.

The Age of Trump and U.S. Senate complicity

The earlier part of the decade was marked by some first steps toward addressing climate change at the federal level. Under the Obama administration, agencies began tracking and accounting for their contribution to climate pollution, and to consider active management to address it. Executive actions under President Obama, like the Clean Power Plan and Clean Car standards, were among the U.S. government’s first-ever major actions to address climate change. But that all changed with administrations.

Starting in 2017, federal efforts to address climate change have been methodically undone. With three co-equal branches of government, Congress and the Courts can check a rogue anti-science administration. And while the Courts have provided some balance to the most anti-environmental administration in U.S. history, Congress has been another matter. There a partisan divide has led to failure, as the U.S. Senate sits idly by while America’s bedrock environmental laws, prized public lands, and climate leadership are eviscerated.

The decade of the 2020’s will be marked by our response in adapting to, mitigating for, and avoiding worsening consequences from climate change. And by rising political and global conflict from impacts already resulting from the climate crisis and over the scale of our strategies to address it. 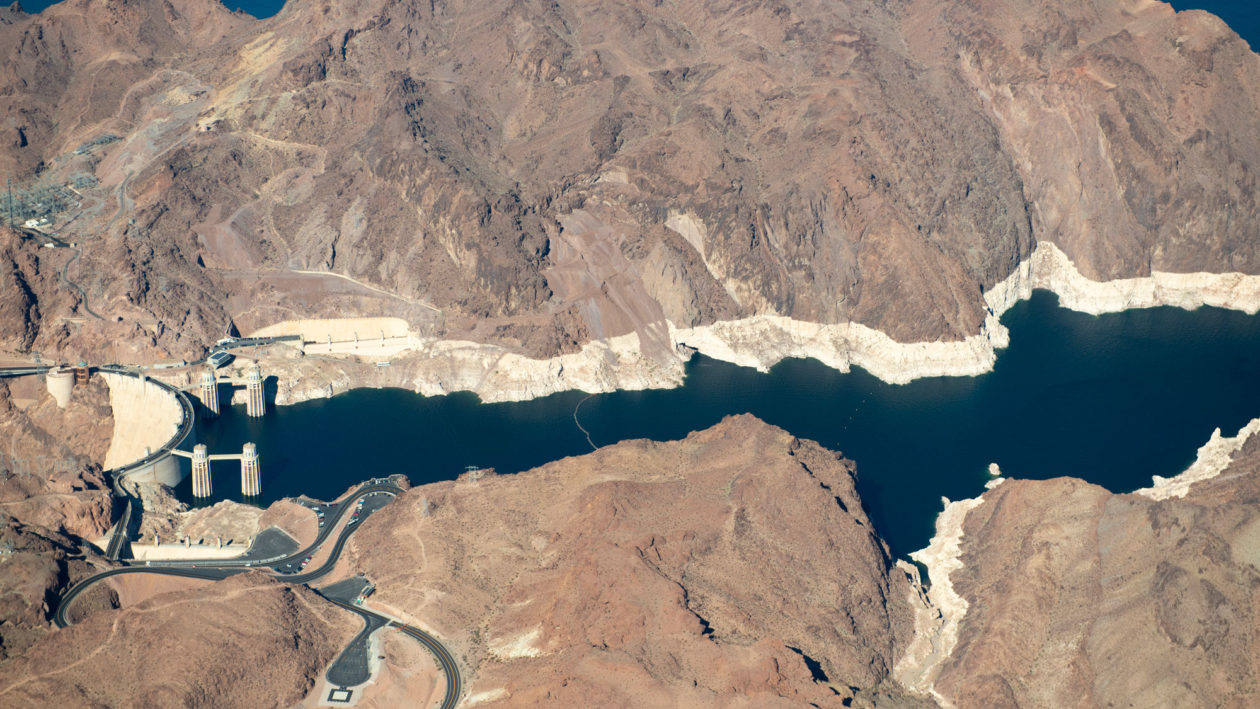 Water and the Colorado River are likely to be flash points driving conflict as climate change takes its toll in the U.S. Southwest.

Our success at navigating those challenges, or our failure to do so, will benefit or burden not only ourselves here and now, but especially our kids, grandchildren, and all those that would follow.

This means that 2020 and the decade that follows will see conflicts spawned, debates waged, and solutions developed, as climate policy moves front-and-center into all aspects of our politics, economy and culture. For while the stakes are existential and the political impediments are real – including lack of leadership from the Trump administration and in the U.S. Senate – failure is not yet certain. But the 2020s will be pivotal in whether or not it will be. We can start making meaningful progress now and in the decade ahead. Colorado should continue to position itself as a global leader in this necessary transformation.

We have solutions to take bold climate action now

The fossil fuels that power our economy are harming our ability to prosper, damaging our health, and wrecking the environment. We must realign our economy to function without fossil fuels. That has been the unequivocal and increasingly obvious message from science and the natural world over the past decade.

The better news is that we have the knowledge, technologies and practices to start making a real difference, to initiate the urgent and unprecedented response to the climate crisis that scientists say is needed. The worse news is that we have not yet shown the resolve to do so.

Colorado can be leader in necessary transformation of energy economy

While we lack the political will at the federal level to mount an appropriate response, we can make real strides in that direction at the state and local level in the meantime. Better still, all of Colorado, and Colorado’s economy, can benefit from, and be part of, taking action now – including agriculture, energy, and outdoor recreation.

The takeaway is this. Colorado can be a leader in the transformation of the energy economy that we must undertake, but that effort is hampered by a failure in political leadership. While blame for inaction is not limited to the federal government, with a current administration that is inimical to addressing climate change, more federal accountability is clearly needed. Greta Thunberg has help catalyze a movement that is certain to impact the decade ahead, as a generation facing severe consequences from their elders’ inaction will not wait to age into power.

Politics will be a dominant theme in 2020. This presents an opportunity to demand climate action. Our elected leaders, especially those that have means to impact the current failure in the U.S. Senate – like Colorado’s Senator Cory Gardner – must be compelled to act.

As Time Magazine’s “Person of the Year” climate and youth activist Greta Thunberg has made clear: the 2020’s will be a decade of climate accountability. Younger people especially, but really all who are bearing the brunt of the climate crisis – including agricultural operators, outdoor enthuthiasts and the recreation industry, banks and insurance companies, and frontline communities – all will be demanding, with more urgency and in unprecedented numbers, that our political leaders make climate action a top priority.

At the front end of a pivotal decade, 2020 will be a year for climate accountability. And it starts tomorrow.