Denver Post: Impeach Trump and Remove Him From Office

“We urge all seven members of Colorado’s congressional delegation to support the two articles of impeachment that have been approved by the House Judiciary Committee.”

We’ve been tracking the increasing number of editorials from newspapers around the country endorsing the impeachment (and often the removal from office) of President Trump.

Late Tuesday, The Denver Post added its voice to the mix:

It is with a solemn sense of responsibility to the U.S. Constitution and a deep love of this country that we call for Congress to exercise its power of impeachment…

…we have determined — based on hours of sworn testimony, text messages, emails and the president’s own words — that Trump has so abused the power of his office that for him to remain in the White House is a threat to our democracy.

All Americans, regardless of their political affiliation, should be deeply troubled by Trump’s actions. Standing up now as a nation and declaring that this U.S. president and future presidents cannot behave with such blatant disregard for honesty and integrity is essential. We cannot tolerate this behavior. [Pols emphasis] 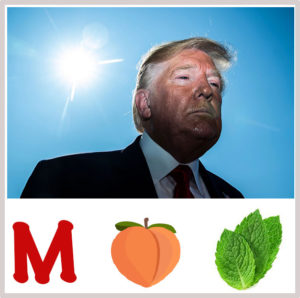 The Post later quotes Rep. Ed Perlmutter (D-Jefferson County), who walked the Editorial Board through his own thought process on impeachment:

Trump’s actions, if they go unpunished, will pave the way for foreign prosecution powers to become proxy tools of aggrieved presidents seeking to secure a political victory at any cost. “This is precisely the thing that the founders feared — foreign interference in our elections. (George) Washington was strong about it in his farewell address,” Rep. Ed Perlmutter, D-Arvada, told The Post editorial board last week as we considered an editorial on impeachment. “I hesitated and I’ve been reluctant … but this goes to the heart of freedom, and independence, and fair elections.” [Pols emphasis]

The House of Representatives — by a largely party-line vote — is expected to approve the impeachment of President Trump in a formal vote later today.