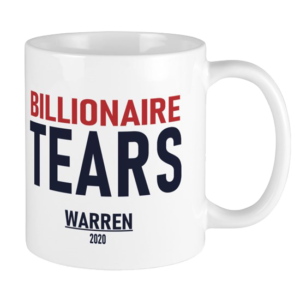 A press release from Sen. Elizabeth Warren’s presidential campaign today announces the hire of a state director for Colorado and field offices set to open:

Today, Warren for President announced that PaaWee Rivera will serve as Colorado State Director for the campaign.

Rivera is a longtime political operative with extensive electoral organizing and community engagement experience. Prior to being named Colorado State Director, Rivera served as the Western States Desk based out of the Warren campaign’s Boston headquarters. Rivera served as a Special Advisor to Warren’s 2018 Senate re-election campaign. Previously, Rivera worked on the 2016 coordinated campaign based out of Florida and worked in a number of roles at the DNC.

Rivera is originally from New Mexico and is a Tribal citizen of the Pueblo of Pojoaque. He has been on the ground since September 2019.

The campaign plans to open a series of offices across Colorado later this month, including in Denver and Boulder…

Warren has earned endorsements from a host of key Colorado leaders, including State Senators Kerry Donovan, Faith Winter, and Mike Foote, along with State Representatives Dominique Jackson and Chris Kennedy.

The latest Real Clear Politics polling average of the Democratic presidential primary shows a continuing three-way race for the nomination, with former veep Joe Biden the candidate to beat and Sens. Bernie Sanders and Elizabeth Warren battling for the role of the “Biden alternative.” Sanders and Warren are extremely close in the RCP average, separated by just over one statistically insignificant percentage point. Sanders easily won the Democratic caucus in Colorado in 2016, but in the 2020 Super Tuesday presidential primary it’s anybody’s game according to the polls–and it’s states like ours the “Biden alternative” will be counting on.