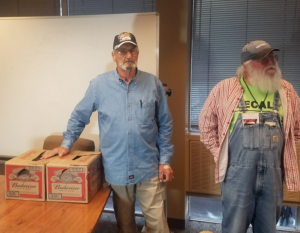 Since last Friday’s unforgettable moment at the Colorado Secretary of State’s office as two…well, rustic looking gentlemen arrived from Pueblo to turn in a total of four signatures in support of a recall against Senate President Leroy Garcia–just a few signatures short of the required minimum 13,506–there’s been a lot of chatter about what exactly happened down in Pueblo over the last 60 days. Who was in charge of collecting signatures? What happened to all the money they raised? Why did the campaign tell us early last week that they were “on track?”

And above all, why the hell would they put four signatures in two Budweiser boxes?

There’s a good possibility that the answers to all of these questions will get thrown in the dustbin of history along with the rest of the Colorado GOP’s failed recall attempts and the colorful characters who made them impossible not to watch. We mean that of course in the train wreck sense, not entertainment you’d ever put yourself through voluntarily.

With all of this in mind, many readers were especially captivated by Dave DeCenzo, the Garcia recall organizer who as it turns out egregiously misled the Colorado political press corps early last week into reporting that the recall was going well. Marching into the Secretary of State’s office Friday with his two signatures in a Budweiser box, DeCenzo cut a remarkable, not what you’d exactly call dashing pose. And with Halloween fast approaching, some of our readers will find DeCenzo’s look to be the perfect costume! Here’s a Steal This Look guide we were forwarded for dressing like a Colorado recall pro: 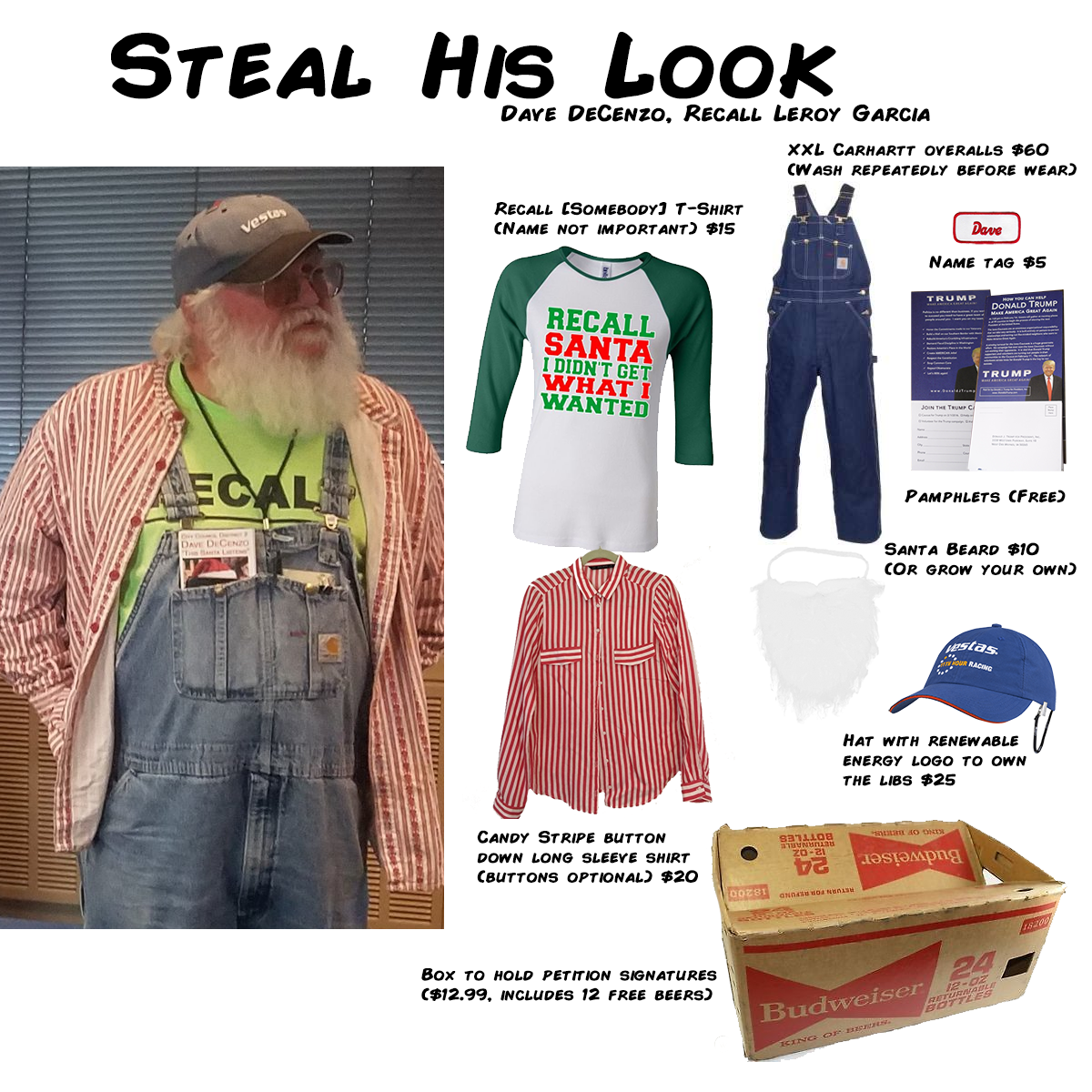 You’ll be the life of the party. Take pics.