A new Washington Post-Schar School poll shows support for an impeachment inquiry rising to a new high after Democrats formally launched one. The 58 percent who support the inquiry is higher than in any other poll; the 38 percent who oppose it suggests only Trump’s most devoted base is now opposed.

But even that isn’t quite accurate — because it shows some of Trump’s base does support the inquiry and even his removal. 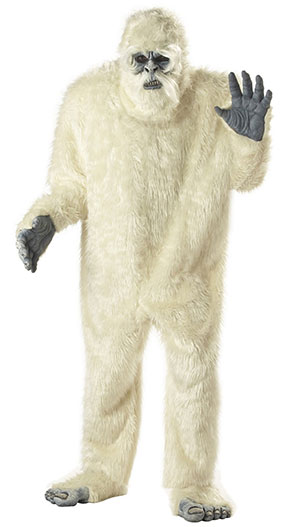 Elected Republicans won’t abandon President Trump because they are afraid of his base of voter support.

This has long been the rationale behind the (largely) unwavering support Trump enjoys from Republican elected officials such as Sen. Cory Gardner (R-Yuma). It is a statement that we all “know” to be true primarily because everybody — including President Trump — repeats it so often.

But what if this isn’t true? Much like the Yeti, perhaps Trump’s base is both mostly white and largely fictional. This is the argument made by E.J. Dionne Jr. of the Washington Post over the weekend, and it’s a compelling proposition:

The 24 percent are the folks you see at the Trump rallies. Trump’s more tepid approvers (17 percent of registered voters in this survey) tend to stay home, take in the news and ask questions about what’s going on.

The big gap between strong approvers and strong disapprovers was very predictive of the 2018 election turnout that gave Democrats control of the House. Those elections showed that many who voted for Trump in 2016 were prepared to vote for Democrats two years later. This was a telling sign that a sizable share of Trump’s voters are not lockstep apologists.

Dionne notes further polling data in recent months showing that Trump’s approval ratings, which are generally not very good, are not accompanied by the unbreakable levels of support that the President believes to exist. In an NBC News/Wall Street Journal poll conducted last month before the “transcript” of Trump’s Ukraine call was released, “only 30 percent said they had “very positive” feelings toward him, and only 25 percent said they both liked Trump personally and approved of most of his policies.”

We can see some of this disconnect in Colorado in the repeated failure by Republicans to recall Democratic elected officials in 2019. There is no question that there are a number of Colorado Republicans who are very unhappy with Democrats and more than willing to voice that disapproval whenever possible (mostly on Facebook and in the comments section of the Denver Post). It also appears that there are not nearly enough of these right-wing diehards to enact a successful recall campaign anywhere in the state. This is similar to the voter intensity argument that Dionne makes in the Washington Post:

In fact, a lot of Trump’s one-time supporters do not believe everything they hear from him or Fox News. A fair number of them don’t like him very much…

…Those advancing the case for impeachment believe that, whether the Senate removes Trump from office or not, it’s important to make clear how corrupt and dangerous his behavior has been. More Trump voters are listening to these arguments than their pretend-friends want us to believe. [Pols emphasis]

Republican Senators are indeed beginning to back away from President Trump. It’s too late for sycophants like Gardner to find an exit now — not when Gardner has pushed all of his chips over to Trump — but the door is still ajar for the likes of Sen. Susan Collins (R-Maine) and others who haven’t completely sold out to the Big Orange Guy.

If we see elected Republicans leaping off of the Trump bandwagon in the coming weeks, it won’t be out of any sort of moral concern. It will instead be a reflection of a massive miscalculation by Republicans about the foundation of Trump’s support.