The social media groups for the now-defeated recall attempt against Gov. Jared Polis have been fairly quiet in the week since the effort met its ignominious end–which makes sense since when one suffers a humiliating defeat that should rightly make one question the last six months of their lives’ work at least, if not much larger and more basic questions about their worldview, it’s probably a good idea to look at the floor and think about things for awhile quietly.

But of course the world is never rid of bogeymen, especially when you see them everywhere–and in the “Dismiss Polis” Facebook group, they’ve already moved on to the next crisis: 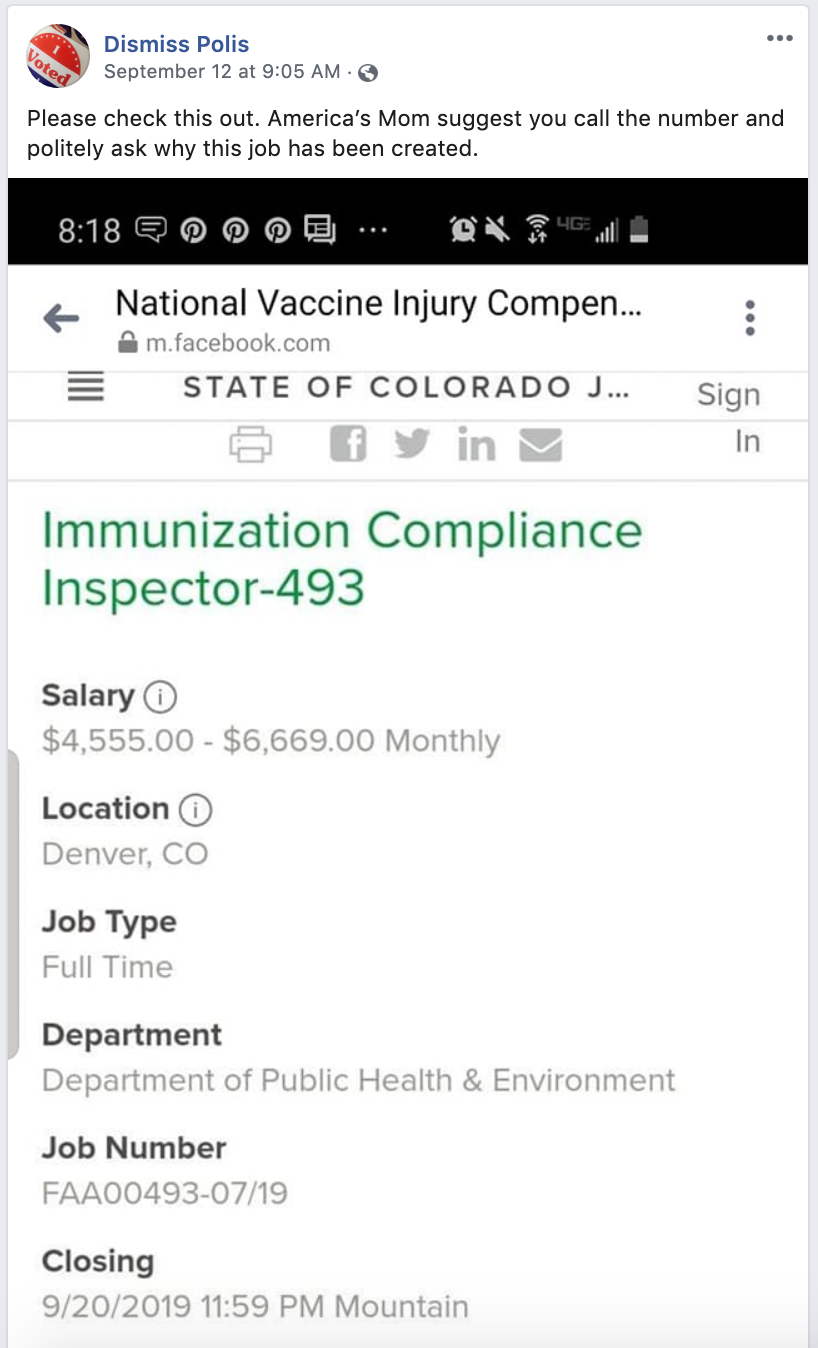 Back in June, Gov. Polis announced an executive order aiming to improve the state of Colorado’s last-in-the-nation ranking for kindergarten immunizations, with a number of limited steps directing the state Department of Public Health and Environment to look at the problem and standardize the process for requesting exemptions under the law. This order came after Polis controversially opposed a substantially stronger bill from Rep. Kyle Mullica (D) to require vaccine exemption requests to be filed in person. We haven’t seen it confirmed, but it’s reasonable to speculate that this position posting is either related to that executive order or is simply an existing position at CDPHE being turned over.

Either way, Gov. Polis is in no way part of any kind of “crackdown” on child immunizations–to the extent that he took a lot of criticism in the last session for opposing Rep. Mullica’s legislation. How do you get from that reality to sounding the alarm on the Polis recall internets over “immunization compliance inspectors?”