D-Back Double Take–OF COURSE You Can’t Do This 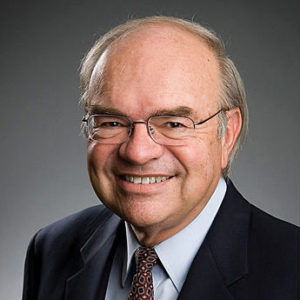 The Aspen Times’ Rick Carroll has an important follow-up story to a controversy we’ve been following since July–a Republican Party fundraiser in Aspen starring Vice President Mike Pence that resulted in almost $20,000 in security costs incurred by the Pitkin County Sheriff and other local government agencies, which Sheriff Joe DiSalvo had to publicly insist on being covered before receiving two large checks from Republican donors who asked to remain anonymous.

As it turns out and we predicted at the time, their desire for anonymity was untenable under Colorado law, since the checks and the identities of the check writers are a public record easily obtainable by a Colorado Open Records Act request. Earlier this week, 9NEWS identified the donors in question as an Arizona investment banker as well as E. G. “Ken” Kendrick, managing owner of the Arizona Diamondbacks and a longtime “Never Trump” Republican whose surreptitious support at a Pence fundraiser raises all kinds of juicy political questions.

Setting aside Kendrick’s “Never Trump” politics and the curious turnabout in his views of the President, there would seem to be little question that the checks to Pitkin County to cover security expenses for the fundraiser are in-kind donations that cannot be made anonymously and must be reported to the Federal Election Commission. Except kind of ridiculously, Republicans are trying to dispute this now that the proverbial jig is up:

“I do not believe it is a political donation,” said Anna Zane, chair of the Pitkin GOP. “I believe it was two good Samaritans that stepped up to pay the security costs that Pitkin County and neighboring jurisdictions incurred when the sitting vice president visited our town.”

Yet Denver attorney Mark Grueskin, whose area of expertise includes campaign finance law, said the contributions should be reported and the donors’ identities should not be protected.

“This was clearly a payment to benefit a federal campaign and a national political party,” he said, adding “it must be reported by the candidate or the party or both to the FEC.” [Pols emphasis]

In all fairness, here’s a Republican lawyer who says differently:

According to Christopher O. Murray, who was deputy general counsel for Mitt Romney’s 2012 presidential campaign, Love and Kendrick’s payments were not political contributions because they did not cover expenses the Pence campaign or the RNC were legally obligated to pay, or had previously committed to pay. 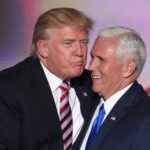 This strikes us as in incredibly strained interpretation of the law. Whether or not the campaign was “obligated” to pay these security costs for the Pence fundraiser is irrelevant. The invoice presented by Pitkin County was paid, and paid to avoid what was turning into a considerable scandal for the organizers of the Pence fundraiser after Sheriff DiSalvo’s frustration made the press. That means by any reasonable definition this was an in-kind donation to the Trump campaign and the Republican National Committee. It may require litigation to resolve specific circumstantial questions here, but it’s difficult to imagine the outcome being in doubt.

It’s an embarrassment for a major national Republican donor to get caught making donations on the sly via an open records request, but the real sticky wicket in this situation is “Never Trump” Kendrick’s clandestine support for Donald Trump’s re-election. There are hard questions about such a change of heart that only Ken Kendrick can answer, which could explain why he wanted to support Trump’s re-election campaign anonymously.

All together now: you can’t do that.