What’s Next for Democrats Who Missed Debate Cut? 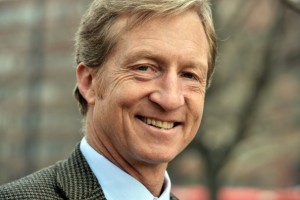 The field of candidates for the next Democratic Presidential debate is set, with 10 hopefuls invited to the stage in Houston on September 12.

Several candidates who failed to meet the threshold to qualify for the Houston debate — 130,000 individual donors and a 2% polling average in at least four DNC-approved polls — have exited the race. New York Sen. Kirsten Gillibrand became the latest candidate to bow out on Wednesday.

Missing the September debate is a big blow for candidates such as Colorado Sen. Michael Bennet, but it isn’t necessarily a death knell for 2020 aspirations. For those candidates who remain in the race (as of today), who is the most likely to withstand the September shunning and continue to run a competitive campaign?

As always, we want to know what you THINK, not who you support or would prefer to see successful. Cast your vote after the jump below…