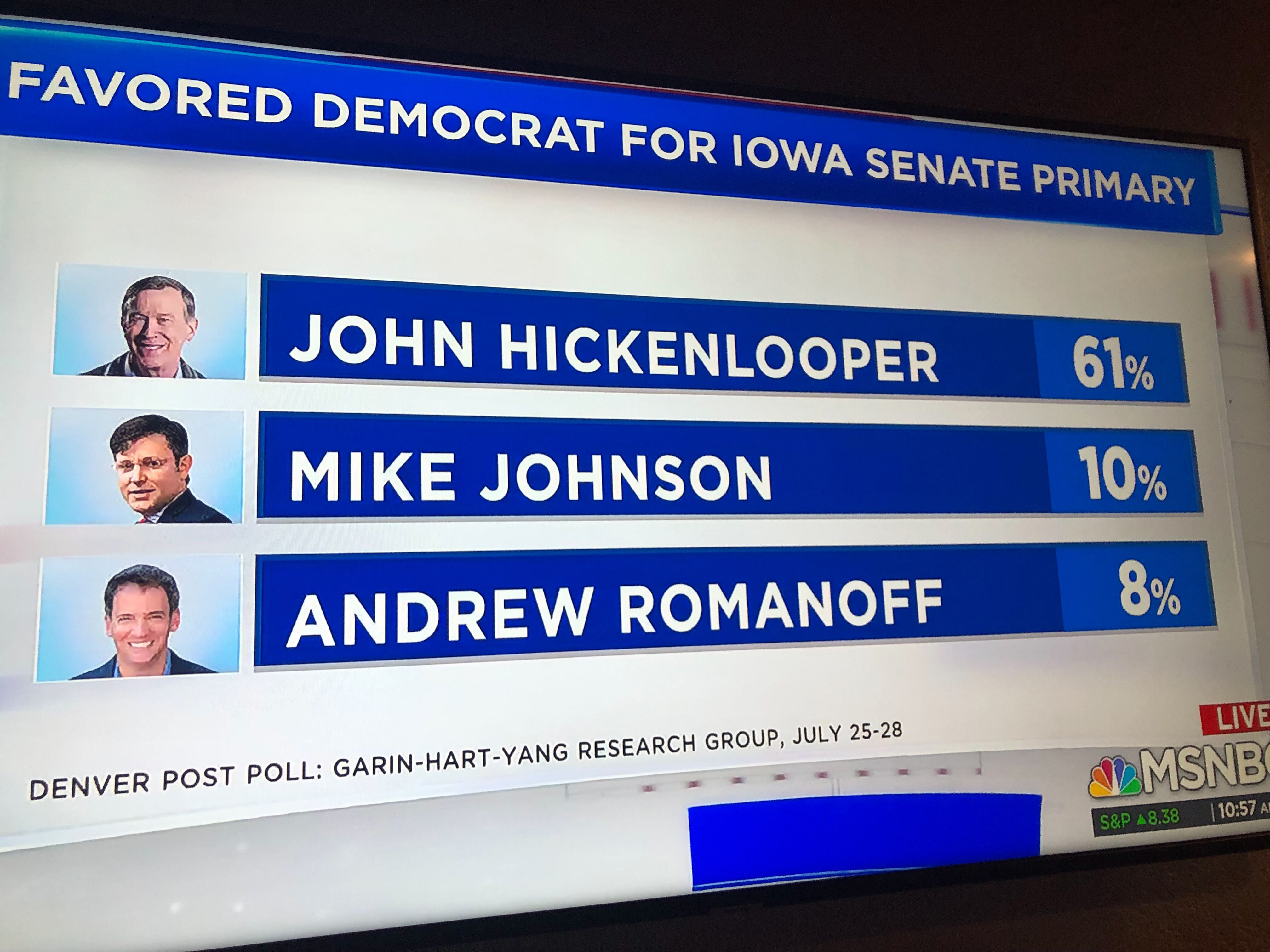 Above you can see an image forwarded to us today that depicts the MSNBC cable news network attempting to explain the dynamics of Colorado’s Democratic U.S. Senate primary to their audience. But as our readers should be able to quickly see, there are a few problems:

On the upside, MSNBC did get the poll numbers right. And from their lofty perches that might be the whole story.