High in the San Juan Mountains and rising from the porous geology of the Grand Mesa, the headwaters to the Gunnison River – the second largest tributary in the Colorado River system – are among the areas in our nation most threatened from climate change.

The Gunnison River Basin is among the most threatened in the nation from climate change, with major portions of its watershed among the nation’s most-impacted from warming.

The Gunnison Basin, the land drained by the river and its tributaries, stretches from the northern slopes of the San Juan Mountains, from the Sawatch and Elk mountains just west of the Continental Divide, from the West Elks and Grand Mesa, to the eastern flanks of the Uncompahgre Plateau.

The Gunnison and its tributaries start at some of the highest elevations in the U.S. and it joins the muddy Colorado River in the desert at the edge of canyon country in Grand Junction – the confluence being that city’s namesake.

It’s a storied river, full of promise and misery, luck and misfortune, chance connections and betrayals. It’s history, and prehistory, is rich, including the Ute Tribes that lived and farmed there for centuries, with Spanish priests and explorers searching for wealth and a route to connect New Spain with missions on the coast. The region is full of stories, French-Canadian fur trappers, mountain men, guides, and miners. Finally, it is the story of the settlers who turned the valley lands to agriculture. Some of Colorado’s most productive farm and ranches are watered by the Gunnison, square in climate change’s cross-hairs. 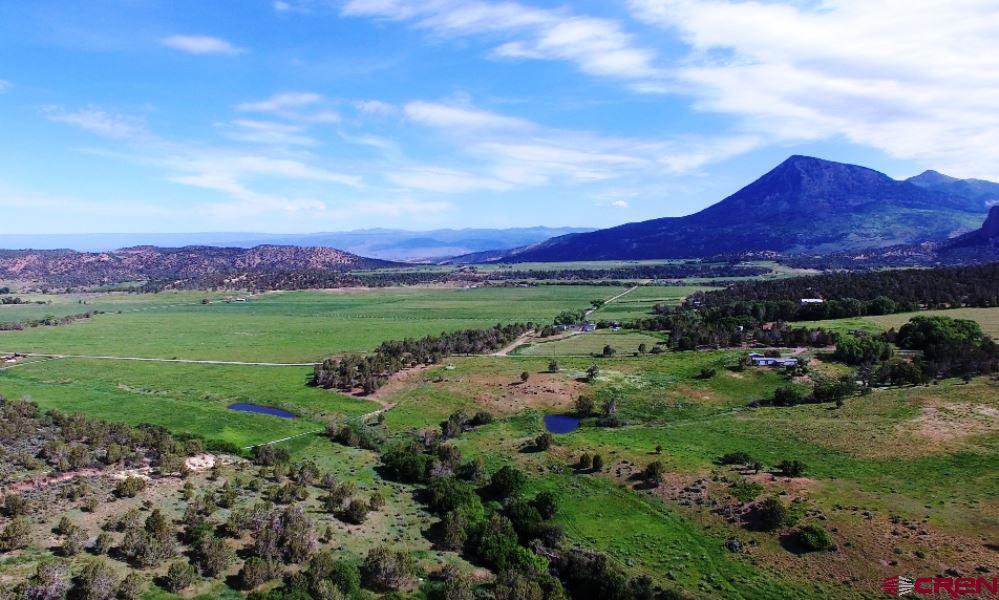 Crawford, Colo sits in Delta County on the Montrose County line, and near the Black Canyon of the Gunnison National Park. Delta and Montrose counties are both among seventy-one U.S. counties being most impacted by warming.

Now a new county-by-county look from the Washington Post shows just how threatened the Gunnison Basin is from the climate crisis.

The August 13 report, “2°C: Beyond the Limit: Extreme climate change has arrived in America,” identifies seventy-one U.S. counties that have already hit the “two degree” threshold of warming.

But global warming does not heat the world evenly.

A Washington Post analysis of more than a century of National Oceanic and Atmospheric Administration temperature data across the Lower 48 states and 3,107 counties has found that major areas are nearing or have already crossed the 2-degree Celsius mark.

This 2°C threshold is broadly identified as the too-far-gone global benchmark to avoid even more catastrophic climate disruption. Eight of the seventy-one counties on the Washington Post list are in Colorado.

And seven of those eight are on the Western Slope—which is to say that 10% of U.S. counties that have already crossed the threshold—are in the headwaters to much of the United States. And five counties on that list comprise major portions of the Gunnison River Basin, together representing seven percent of all the nation’s seventy-one identified climate critical counties. The climate crisis is real – and it is already here in Colorado. 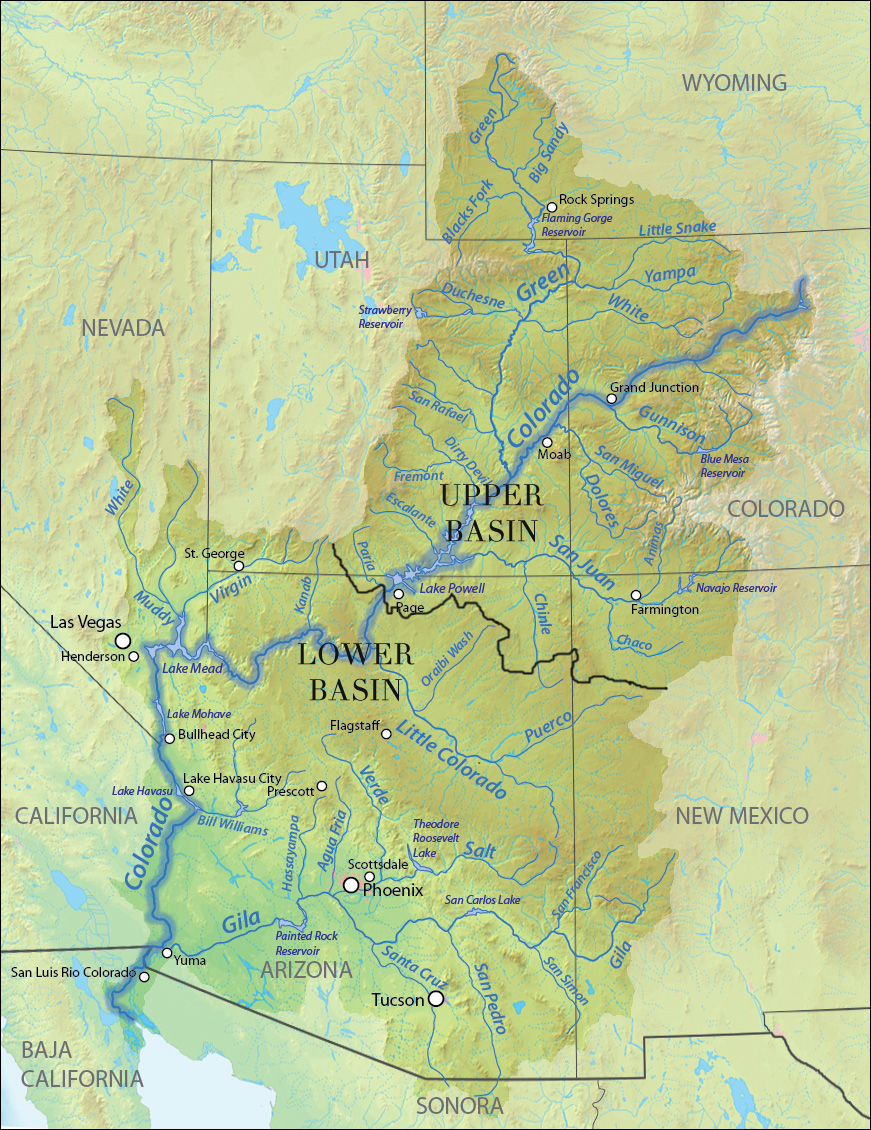 But protecting our at-risk water resources ought to be something that unites everyone. The two other Western Slope counties are Rio Blanco and Moffat.

And, of course, just because these seven counties made the list, it is not the case that their neighboring headwaters counties are not likewise imperiled.

The report makes it clear that their neighboring counties, also in the headwaters of the Colorado River and its tributaries, are all approaching the climate critical benchmark.

Water resources are a state matter and the Colorado River Compact is a federal concern. So, the governments that have the strongest legal interest are the State of Colorado and federal government. Counties and municipalities can take important and meaningful climate action – but much of the biggest shifts need to come through policy in Denver and DC.

Fortunately, the State is stepping up, and recently enacted new laws to begin addressing climate change and with a governor, Jared Polis, who has been using his executive power to begin shifting Colorado away from carbon-heavy fuels, toward renewable power, and into electric vehicles.

And while most observers expect more inimical action from the Trump administration, and few expect much from Reps. Tipton, Lamborn, or Buck, among some of the Colorado congressional delegation, momentum is shifting. In the U.S. House of Representatives freshmen legislators Rep. Crow and Rep. Neguse have both made climate change central to their work.

Sen. Gardner needs to step up his game and address the climate crisis bearing down on Colorado. Voters are unlikely to be fooled again by staged events and photo-ops. It’s time for Climate Action.

U.S. Senator Michael Bennet has also championed addressing climate change. But none of these efforts are yet enough.

So now attention is focused on Senator Cory Gardner: What is his actual position on how to address this existential crisis, and will he step up to meet this pressing challenge?

While Sen. Gardner has gone so far as to acknowledge climate change is real, he mostly attempts to dodge the topic and regularly votes against taking even small steps to address it.

At most, Sen. Gardner might mention batteries and windmills, or chair a committee meeting on science. But he prefers to provide very little substance about the climate crisis bearing down on the Rocky Mountains and what he’ll do to address it.

Increasing numbers of Coloradans find Sen. Gardner’s lack of leadership unacceptable. We don’t like the equivocation and lack of action, which was on display yet again last night in Minturn, as reported by the Vail Daily.

“I voted that climate change is real. I think it’s very important that we work to address climate concerns.” Gardner said. “Here’s what I’m concerned about — regulations that people will testify will kill thousands and thousands of jobs. I’m not willing to destroy our economy.”

Colorado’s Rocky Mountains are bearing the brunt of climate change right now. But voting that science is real is not leadership, its pandering. If Cory Gardner will not use his position to take meaningful climate action, then let’s remind him that we can find someone who will.