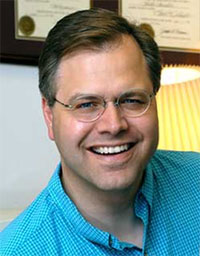 Liberty Common School in Ft. Collins is the first applicant for a waiver to Colorado’s new sex-ed law.

If granted by Colorado’s State Board of Education, the waiver would allow the charter to completely or partially ignore the law’s requirement that public schools, including charter schools, teach a comprehensive sex-ed curriculum, including lessons on consent and information for LGBT students, if they choose to offer sex ed at all.

Liberty Common, which serves elementary, middle, and high school students in Ft. Collins, is overseen by headmaster Bob Schaffer, a former Colorado Republican Congressman, who helped found the school in 1997 and was promoted from principal to headmaster last year.

Schaffer is widely known as a champion of conservative causes, including school privatization via vouchers. Ivanka Trump, the president’s daughter, toured Liberty Common, which regularly receives high ratings in state rankings, during the last presidential race.

Under existing Colorado law, charter schools and school districts already had the option of obtaining waivers to sidestep state guidelines for sex-ed and to teach the subject however they want. The new law doesn’t change this for charters. But school districts can no longer receive waivers, pursuant to the new law, according to Bill Kottenstette, who heads the Colorado Department of Education’s Schools of Choice Unit. (Here’s info on what’s new in Colorado’s 2019 sex-ed law.)

Instead of seeking a waiver, a school district or charter school can choose not to teach sex ed at all. If they do teach the subject, however, it must be comprehensive, as spelled out in the law, which means more inclusivity for LGBT students, and lessons on consent, family planning, and more.

Liberty Common has decided not to opt out of teaching sex ed but is seeking a waiver from the state guidelines, in part, because it wants to teach “human sexual reproduction strictly within the context of science instruction,” according to Schaffer, the headmaster.

“Liberty Common School’s parent-led Board of Directors, by adopted resolution, supports the state’s constitutional standard of curricular local control,” wrote Schaffer in response to an email from the Colorado Times Recorder asking why the waiver was requested. “It opposes any state curriculum mandate, regardless of subject matter. Our school teaches human sexual reproduction, strictly within the context of science instruction, consistent with the Core Knowledge Curriculum, and prefers to continue teaching fact-based biology, anatomy, and physiology throughout our top-rated academic institution.

“The so-called ‘opt-out’ provisions of the new law are regrettably imprecise and subject to regulatory interpretation, or misinterpretation as the case may be. As a remedy, our school wholeheartedly embraces the waiver options created, with bipartisan support, by the state legislature, and finds them to be in the best interest of its students. “

Nine charter schools, managed by five charter organizations, currently have sex-ed waivers, as approved by the Colorado State Board of Education.

But this year, Democrats hold a majority on the board, possibly making the sex-ed waivers harder to get. In February, for example, the board denied the appeal of the application of Ascent Classical Academy Flatirons charter school in Boulder, expressing concern about possible discrimination toward LGBT students.

“The State Board of Education supported the comprehensive sex ed legislation, so my guess is that schools would have to have some extremely compelling, dramatic reasons to even seek a waiver,” said Jack Teter, Political Director of Planned Parenthood of the Rocky Mountains. “And why would they want a waiver anyway – when sex ed is optional? The only reason I can see would be to get around the requirement to teach accurate, inclusive, complete information.”

What Will They Teach Instead?

Schaffer did not return an email asking if the “human reproduction” taught as part of Liberty Common’s science curriculum includes LGBT-related information, for example.

So it’s not known if science students at Liberty Common are exposed to the topics (consent, family planning, pregnancy outcomes) in the Comprehensive Sexual Education law.

As part of the waiver process, charter schools that received sex-ed waivers from the state board submitted “replacement plans,” which are intended to explain why the waiver is needed and what will be taught instead.

If the State Board grants Liberty Common a waiver, the school can teach students whatever is proposed in its replacement plan. The less detail in the plan, the less the public knows about what’s being taught.

“If a charter school receives a waiver, it may not have to teach the content [specified in the law],” said Kottenstette of the state’s Schools of Choice Unit. “Depending on the replacement plan, the waiver could allow the school to teach sex ed but not meet the statute’s definition of ‘comprehensive.’ The replacement plan should provide some anchor for holding the school accountable. “If the replacement plan is not specific on content, the school would have broader flexibility with what they are teaching.”

Liberty Common’s replacement plan is not yet available online, but its statement to the Colorado Times Recorder above is similar to replacement plans submitted by other charter schools to the state board.

Most, but not all, charter schools’ replacement plans, which are public documents, provide few details on what will actually be included in the proposed sex-ed curricula.

For example, the replacement plan of Ascent Classical Academy in Douglas County states, in part: “As a result of this waiver, Ascent Classical Academy of Douglas County will experience an enhanced educational program by being able to administer the school program keeping with the philosophy and mission as stated in the Charter School Agreement and executing the curricular autonomy it is guaranteed.”

Similarly, the replacement plan of Golden View Academy, whose anti-LGBT handbook generated controversy in the past, states in part, “Golden View Classical Academy will include instruction on the effect and use of alcohol and controlled substances and will include appropriate instruction on human anatomy, reproduction, and sexuality.”

The Colorado Times Recorder contacted the five charter organizations, which manage a total of nine schools and received waivers, to find out, specifically, if the experiences and health needs of LGBT students are included as part of their replacement sex-ed curriculum.

Two of the five schools responded with a comment. Some schools may not have answered due to summer break.

Addenbrooke Classical does not offer sex education at all, said Executive Director Charles Wright in an email.

“Addenbrooke does not offer any sex education classes,” he stated via email. “We do teach our fifth-grade students about human anatomy and reproduction. Our curriculum for fifth grade does not address sexual relationships.”

Asked why his school applied for a waiver, instead of just opting out of teaching sex ed, Wright said, “When the school began a few years ago we were unaware we could simply opt-out.”

Derec Shuler, Executive Director of Ascent Classical Academies in Golden stated that his schools take a “more interdisciplinary” approach to the topic.

“Our school in Lone Tree was granted a waiver from CRS 22-1-128, Comprehensive Human Sexuality Education, to allow us to develop and take an approach on this topic that is aligned to our culture and philosophy in partnering with parents and developing young people,” wrote Shuler in an email. “Our approach, which is more interdisciplinary, meets all Colorado Academic Standards for Comprehensive Health and Physical Education, to include the sub-standards on Physical and Personal Wellness, Emotional and Social Wellness, and Prevention and Risk Management.

“We treat this topic with sensitivity and don’t make judgments on the types of relationships that are appropriate. “Consistent with our mission and vision, we provide a high-quality education to all our students in a safe and orderly environment.”

Shuler didn’t respond to a follow-up email from the Colorado Times Recorder asking specifically if his school would omit LGBT experiences in sex-ed instruction, if parents wanted it left out. This could be consistent with the school’s philosophy of “partnering with parents.”

Ascent’s “Family Handbook” raises questions about whether LGBT-appropriate information is being offered–as does the school’s loose association with the religiously-oriented Hillsdale College Barney Charter School Initiative.

In a section on “Human Sexuality,” Ascent’s handbook explains that human sexuality will be taught from a “scientific perspective” in a “gender-separated environment,” encouraging young people “to make and abide by sound moral choices, something the culture at large does not always support and may serve to undermine.”

“This unit will focus primarily on human reproduction from a scientific perspective,” states the Ascent family handbook. “Character education is at the heart of the school’s culture and mission. Teaching character consists in large part in encouraging young people to make and abide by sound moral choices, something the culture at large does not always support and may serve to undermine. In the higher grades, students may become involved in discussions concerning sexuality and sexual restraint when they emerge from the curriculum, as in literature. Faculty will engage in these discussions with maturity, restraint, and prudence. These topics will also be broached in the required moral philosophy course in which students will encounter, as with other topics, what great authors and philosophers have written on the forms of human conduct that best secure true happiness.”

A school’s handbook, mission statement, and staff could provide a better window into what’s being taught in sex ed than the presence or absence of a waiver, say some who’ve followed the debate about sex ed, because Colorado doesn’t actively enforce replacement plans or its mandated sex ed guidelines, leaving room for under-the-radar violation of the law.

So, some argue, whether a school has a waiver or not, parents and students will have to monitor sex ed classes and determine if they fall short of what’s expected from the charter’s replacement plan or the state standards–as one student at a Highlands Ranch public school did this year.

Still, opponents of the sex ed legislation insisted at the Capitol this year that waivers be allowed under the new law–and they successfully beat back an effort to eliminate the waiver option.

It remains to be seen if the reverberant protests at the state Capitol over sex ed turn into more waiver applications, like the one from Liberty Common charter school, and whether they will be approved by State Board of Education.