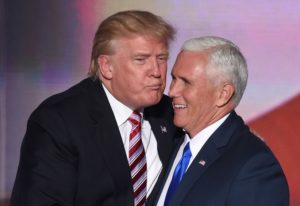 As the Aspen Times reports:

The Caribou Club in Aspen’s downtown core is set to host the VIP reception with Pence, according to sources who declined to be named. Billy Stolz, one of the owners of the club, did not return a phone message seeking comment.

It’s of course a jokes-write-themselves situation that the infamously anti-LGBT Vice President is holding a fundraiser at an LGBT-owned establishment. The reality is that Mike Pence is most likely routinely confronted with this situation, and has worked out a suitable way to justify it in his own mind. As for the owners, taking the high road and letting Republicans write them checks is both good business and good PR, too–the opposite of shaming the Trump White House into the headlines. This event, a fundraiser for the Republican National Committee (RNC), is separate from an event being held with Sen. Cory Gardner in Windsor later today.

With that said, the way that Pence’s fundraiser location became known raises questions that might–or at least should–be taken more seriously, even by a homophobic vice president:

Miles Angelo, the Caribou Club’s executive chef, was arrested early Friday for felony assault and domestic violence after a female friend told police he choked her and punched her in the face, according to an arrest warrant affidavit filed in Pitkin County District Court.

During his advisement Friday afternoon, Angelo told District Judge Chris Seldin he was cooking for the vice president on Monday and needed to be able to show up for work, [Pols emphasis] said prosecutor Don Nottingham.

Doing business with a sinner-operated establishment is one thing. But a chef who was just arrested Friday for felony assault on a woman running the kitchen? It’s our understanding that Vice President Pence is so protective of women that it’s kind of weird. Or is he just protecting women…from himself? Shouldn’t the Secret Service be concerned about somebody like this in close proximity to the Vice President? If not, why not?

There’s enough hypocrisy behind the scenes here to upset pretty much everybody.