Cory’s Failure on Climate Just Another Kowtow to Trump

Colorado’ junior senator has a problem in his run for re-election: Donald J Trump. And on every issue which Trump is wrong, Sen. Gardner’s fingerprints can be found on the mess left in the stable genius’ wake.

The Advice and Consent function is one of the U.S. Senate’s primary oversight tools, an authority granted under Article II in the U.S. Constitution denoting it specifically as a check on the President’s appointment powers.

Yet every swamp creature put forth by the White House has been rubber-stamped by Cory Gardner — from scandal-ridden run-out-of-town hits-of-yore, like Scott Pruitt and Ryan Zinke; to the new or still-standing — like the fossil fuel lawyers-lobbyists duo David Bernhardt and Andrew Wheeler, taking care of the nation’s lands, water, and air.

And by ‘taking care of’ I mean that in the Henry II sense, as in removing an impediment. Let’s consider Sonny Purdue, one of the remaining originals not yet been rode out on a rail, who is Trump’s Secretary of Agriculture. Sonny doesn’t believe in science, and it turns out he isn’t ashamed of saying so.

Climate change poses an extreme risk to agriculture. That risk is particularly acute in the American Southwest – and across the Plains.

In other words, climate chaos is likely to impact Colorado farmers and ranchers hard. If Secretary Purdue and his supporters, like Senator Gardner, don’t believe that statement, consider what our own federal scientists are saying. Including those at the USDA.

But rather than listening to its own scientist, under Gardner’s pick Purdue’s “leadership” his department has sought to squelch that science instead, as the Observer reports:

According to POLITICO, the Trump administration has refused to publicize dozens of government-funded studies on climate change, which were conducted by the U.S. Department of Agriculture (USDA). This slight-of-hand denial trick sidesteps a long-standing White House practice of announcing the findings of the department’s respected in-house scientists. 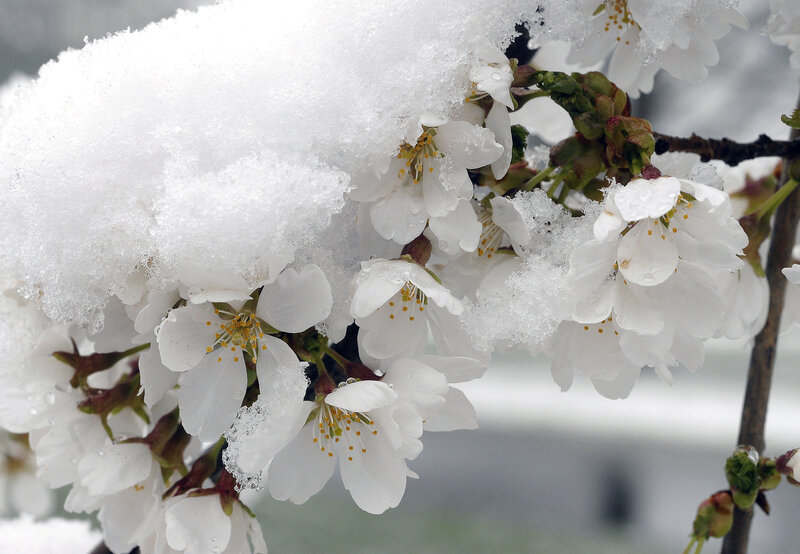 Warmer winters lead to early blooms which lead to frozen blossoms and loss of fruit – a growing risk for Colorado’s orchardists in a world of climate change. The USDA–with Cory Gardner’s apparent approval–is ignoring the science that could help Colorado farmers and ranchers.

Secretary Sonny, as his Twitter handle calls him, has chosen to disregard his department’s own experts and thereby ignore a huge threat to American agriculture and rural communities.

This reckless action is contrary to the purpose for which taxpayers have funded this research: helping farmers, ranchers, and the public prepare for climate change.

Such abandonment of public mission has become sadly typical for the Trump administration. Some USDA staff were so upset that their work was being intentionally subverted, that they turned their back on Secretary Purdue when he spoke at a recent “all hands” employee meeting. But the blame lies squarely at the feet of Senators like Cory Gardner who have approved these men for such critical roles.

So while our junior senator did recently chair a subcommittee meeting on “climate science research” let us not be too quick to applaud. With politicians it is always wise to watch what they do, and less what they say. After five years, the relentless questions may have finally prompted Sen. Gardner to acknowledge that climate change is real. But that’s not leadership. Few of his actions, where it counts, demonstrates any real commitment.

Meanwhile the very Americans that Republicans claim to care for the most — rural communities out here in ‘fly over country’ — are among those most at risk from the climate crisis. But our junior senator has surrendered to Trump and the pressures of Beltway funding and Republican politics. That’s not going to work back here in Colorado.