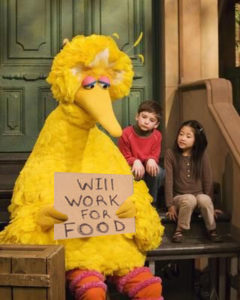 As the Washington Free Beacon reports, GOP Rep. Doug Lamborn of Colorado Springs is back on his high horse for another attempt to defund the Corporation for Public Broadcasting–and this time Lamborn is going straight for the wedge-issue jugular instead of pussy-footing around with dry lectures about fiscal responsibility:

“The Constitution does not grant the federal government the authority to subsidize media programming. Not only is this funding unconstitutional and wasteful, but it has also violated the conscience rights of many conservative and religious Americans,” [Pols emphasis] Lamborn said, “American taxpayers subsidized the CPB, the parent organization to PBS and NPR, to the tune of $445 million annually for the last two fiscal years.” 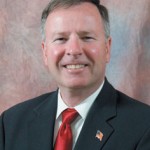 In an op-ed yesterday published by the Heritage Foundation’s Daily Signal blog, Rep. Lamborn lambastes the popular PBS children’s show Arthur, in which a recurring character in the show recently came out as gay and participated in a same-sex wedding:

A case in point is PBS—the Public Broadcasting Service—which recently aired a surprising episode of the children’s show “Arthur” titled “Mr. Ratburn and the Special Someone.” In this episode, PBS writers deemed it appropriate to preach their liberal views on same-sex marriage to America’s young children: The episode featured—and celebrated—a same-sex wedding.

After the episode, many conservatives, including Rev. Franklin Graham and Tony Perkins, president of the Family Research Council, came out in opposition. Even the state of Alabama opted against airing the program and instead barred the episode from Alabama Public Television.

When confronted with criticism, Marc Brown, the creator of “Arthur,” explained: “That’s not the kind of world we want to live in, and we want children educated so they can see there’s not just one type of family.”

Although Lamborn has an ally in President Donald Trump, who has similarly proposed the defunding of the Corporation for Public Broadcasting in his dead-on-arrival budgets, it’s a safe bet that Lamborn’s bill is headed directly for the circular file in the Democratic-controlled House of Representatives. Of course it’s not really about passing a bill like this so much as it is, you know, talking about it–much like Lamborn’s campaign as a state lawmaker to swap the names of Mt. Democrat and Republican Mountain so the latter would be taller.

But what’s newsworthy in the age of Trump is that Lamborn seems to be much more open about his desire to defund PBS because PBS offends his homophobic sensibilities. That’s an “evolution” from his much less overtly prejudicial past statements on the issue, and not in a good way.

No doubt it’s how he always felt, but apparently it’s okay to come out and say it now.