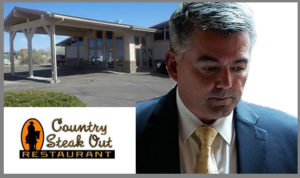 Come see Sen. Cory Gardner on Friday, June 14, at 8:00 am at the Country Steak Out in Fort Morgan.

Colorado Sen. Cory Gardner (R-Yuma) will be making a rare public appearance in Colorado this week. We wanted to make sure you didn’t miss this announcement from Monday in the Ft. Morgan Times:

The Morgan County Republican Central Committee will be hosting U.S. Sen. Cory Gardner for a Legislative Update at 8 a.m. on Friday, June 14 at the Country Steak Out, 19592 E. 8th Avenue in Fort Morgan.

Join the Republicans for this informative update from Sen. Gardner. The public is invited to attend.

Colorado’s first-term Senator doesn’t make many public appearances in the state he was elected to represent, even though (or perhaps because) he is up for re-election in 2020. Normally your only chance at catching a glimpse of Gardner is to stumble upon some unannounced “event” — usually on a Friday — like when Gardner slipped into a meeting of the University of Colorado College Republican club in February. Statistically, you may be more likely to run across Gardner in Southeast Asia, which is where he turned up during the long Memorial Day recess last month.

It’s not just local reporters who get ignored by Gardner, who conducts “town hall” events about as often as you get your driver’s license renewed. But on Friday morning, Gardner will make the one-hour drive from his home in Yuma to the Country Steak Out at 19592 E. 8th Avenue in Fort Morgan. Here’s how to get there: 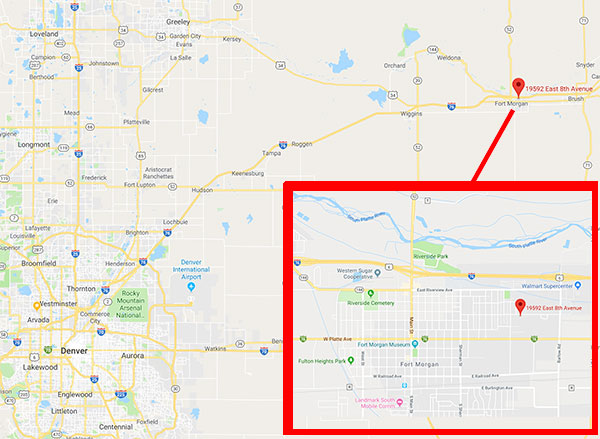 Here’s where all of your questions will be answered.

Don’t be late, because any “legislative update” about the U.S. Senate isn’t likely to last very long.