Cory Gardner is Not a Figment of Your Imagination 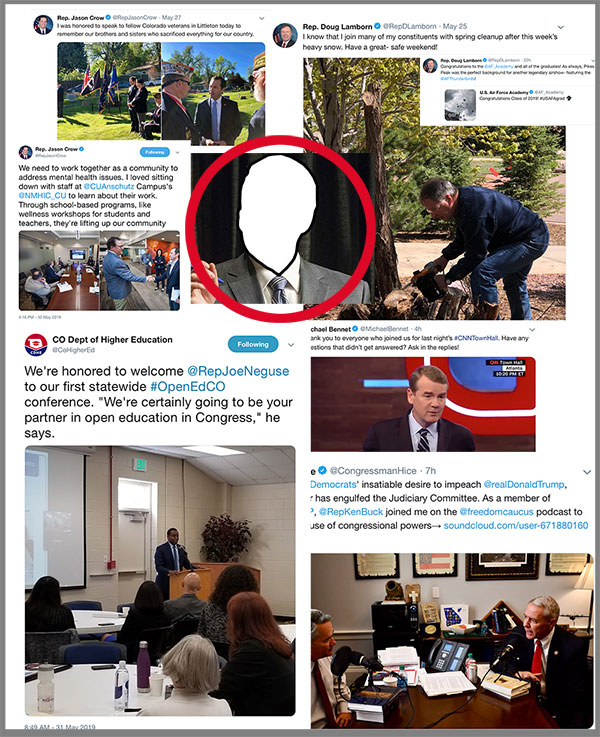 Congress is nearing the end of its Memorial Day recess, which began last Friday and continues through this weekend. It’s been a busy break for most of Colorado’s Congressional delegation.

Many of Colorado’s Congresspeople used this “district work period” to meet with constituents and local groups. Freshman Reps. Joe Neguse (D-Lafayette) and Jason Crow (D-Aurora) have been all over the place in the past week (Neguse has already conducted more town hall meetings than any other freshman lawmaker in the country). Congressman Ken Buck (R-Greeley) did some podcasting; Sen. Michael Bennet (D-Denver) conducted a CNN “town hall” as part of his campaign for President; and Rep. Doug Lamborn (R-Colorado Springs) even found some time to do a little yardwork.

Yet there is one member of Colorado’s Congressional delegation who is — once again — difficult to find in person. In fact, the only reason we even know roughly where Sen. Cory Gardner (R-Yuma) has been is because of a line buried in this Politico story about former U.N. Ambassador Nikki Haley:

She has also been asked to campaign alongside Republican candidates who might be more reluctant to stump with the president, including Colorado Sen. Cory Gardner, widely considered the most vulnerable of the 2020 cycle. The president’s approval rating in the state is underwater by 13 points, according to an April poll conducted by Morning Consult. Gardner, who was traveling internationally in connection with his position on the Senate Foreign Relations Committee, was not present Thursday when Trump visited Colorado to deliver remarks at the Air Force Academy’s commencement ceremony. [Pols emphasis] 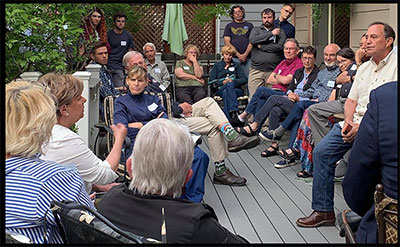 Gardner was also conspicuously absent from Colorado during the last long “district work period” in March, which has become standard practice for the Yuma Republican. Coloradans generally don’t even learn about what Gardner is doing until after he’s done it. Reporters can’t get answers to the most basic of questions. And town halls…those are another subject altogether; you’d have better luck finding Gardner at Disneyland than at a town hall event.

Gardner is entering his first re-election campaign as a top target for Democrats; he is generally considered to be the most endangered incumbent Senator in the country. But many of 2020’s most endangered Republican incumbents are making time for their home states. Senator Susan Collins (R-Maine) was shaking hands on the Memorial Day parade route, and Sen. Martha McSally (R-Arizona) popped up in several places.

Coloradans should expect their Congressional Members to be visible — particularly since Congress isn’t getting much done when they are in Washington D.C. — but what we’ve come to expect from Gardner is absence.