Cory Gardner on the Ass-End of History Once Again 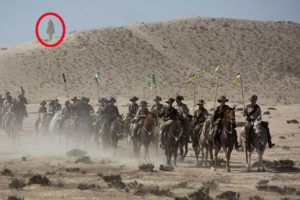 (To get the full multimedia effect of this blog post, we suggest listening to “Ride of the Valkyries” in the background as you read).

The Colorado Republican distributed a letter to his Republican colleagues on Friday afternoon warning “current and proposed tariffs would negate all the economic benefits of tax reform” as Trump prepares to slap a new 5 percent tariff on Mexican goods that could increase to as much as 25 percent. The president has said those levies would go into effect on Monday without border reforms from Mexico aimed at stopping illegal immigration to the United States…

…Gardner’s missive comes as the GOP broadly frets about the effects the tariffs could have on the American economy and their constituents. Several Republican senators are warning the president they would vote to overturn the new levies, though Gardner has not explicitly said he would go that far. [Pols emphasis]

Gardner’s letter to Republican colleagues has all the political power of a letter-to-the-editor in a small town newspaper.

Whatever ends up happening with Trump’s Mexico tariff threat, the outcome will have absolutely nothing to do with Cory Gardner. And that’s exactly how Gardner likes it.