If you weren’t around late last night on the Twitters, you missed it: 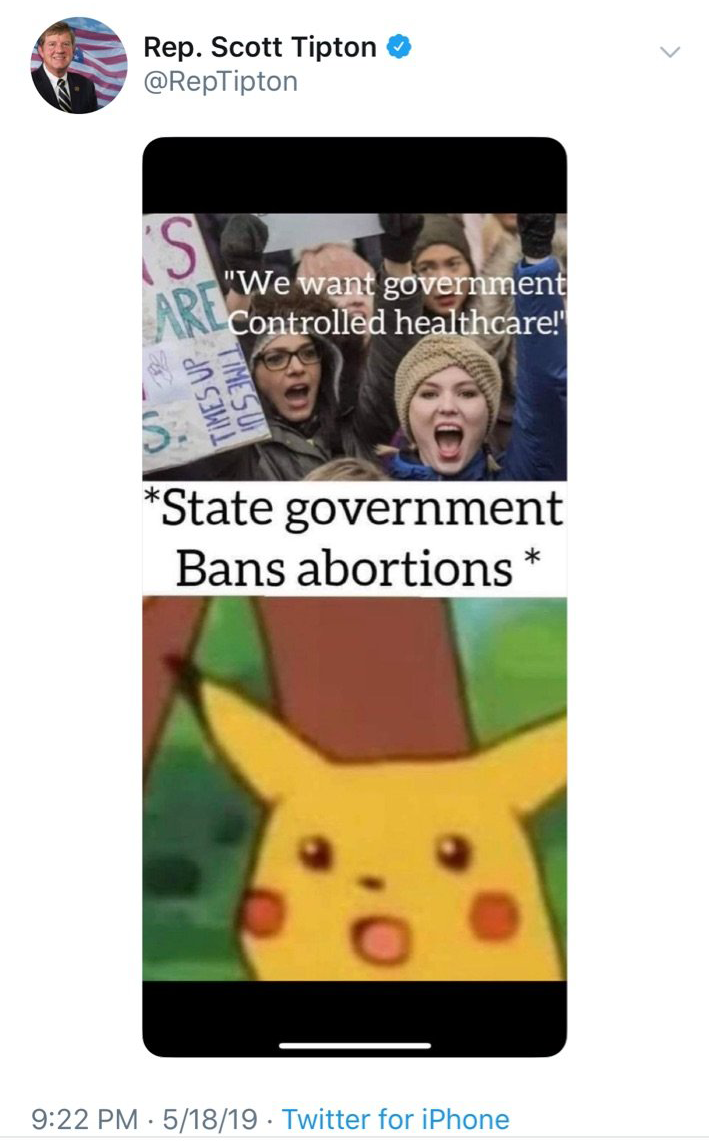 That’s Rep. Scott Tipton’s official congressional Twitter account, with a meme we have no doubt they thought was terribly clever for a moment–mocking women who appear to be holding #TimesUp movement protest signs, which is the contemporary movement to stamp out sexual harassment and assault, by re-captioning them as health care protesters. Then the meme slams the door on those women with the near-total ban on abortion signed into law last week in the state of Alabama. Cue surprised Pikachu!

Of course, even if you’re a fervently anti-abortion 60+ Republican white dude like Scott Tipton, this really isn’t a good look–especially in a state that overwhelmingly backs abortion rights like Colorado every time it’s put to a vote. Even fellow anti-abortion Republicans might find this insulting meme to be a cheap shot over an emotional issue, better left to internet trolls than sitting members of Congress. And they would be right.

On the bright side, if you’re in Colorado and upset about Alabama’s new abortion ban, now there’s somebody local you can call to complain! And when Rep. Tipton’s aide asks good-naturedly what Alabama’s abortion ban has to do with Rep. Tipton, which they will for at least the first few calls, you can ask them what they think of their boss’s sense of humor.