[P]olice would not specify the nature of the complaint against Rep. Rochelle Galindo, a first-term House Democrat representing Greeley, saying it is “sealed,” though not by a judge. 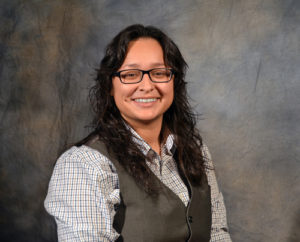 News breaking this Sunday afternoon we’ll be working through all week, freshman Democratic Rep. Rochelle Galindo of Greeley, who was facing a recall campaign against her presently in the signature gathering phase, will resign following an as-yet unspecified allegation Galindo denies but accepts will end her term in office:

“The allegations against me are false. That said, they will make my fight against the pending recall effort untenable. I will not put my constituents through what will surely be a recall campaign based on political smear tactics and false allegations. Instead, I will resign my seat as the elected representative of House District 50, effective immediately,” said Rep. Rochelle Galindo.

“Today Rep. Galindo submitted a letter of resignation. We agree with Rep. Galindo’s decision to step down at this time and allow someone else to serve the people of House District 50.”

Galindo’s resignation effectively ends the recall campaign underway against her, which despite voluminous bluster from Republicans was the only such campaign to have advanced beyond the rhetorical phase. It remains to be seen how this development may affect those other efforts, which seem based on early fundraising reports to have much more bark than bite. It’s worth remembering that the overwhelming majority of financial support for Galindo’s recall came from a single local donor whose interests may or may not extend beyond his home turf.

With that all necessarily explained, we’re very sad to see Rep. Galindo’s career end this way. At this point, what we don’t know about this situation dramatically exceeds what we do–but we’ll update as that information becomes available.