(Know your history or repeat it – Promoted by Colorado Pols) 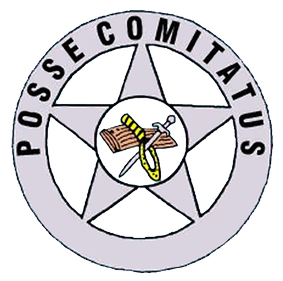 Nearly half of Colorado’s 64 counties are joining a nationwide trend of passing resolutions opposing laws they don’t like, asserting that their elected county sheriffs need not enforce measures they view as unconstitutional and harkening back to a movement that has roots in white supremacy.

A proposed measure to allow law enforcement to temporarily remove guns from individuals who are proven to be dangerous has led many Colorado counties to declare themselves Second Amendment sanctuaries, meaning they don’t want their elected sheriffs to enforce gun restrictions like the so-called “red flag” bill that’s progressing in the state’s legislature. One Colorado sheriff, Steve Reams of Weld County, told CNN that he’d go to jail before enforcing the proposed law.

This idea of county supremacy, where sheriffs are seen as defenders of the constitution in the face of what conservatives view as overreach from state and federal governments, has roots in far-right and white supremacist movements.

The Posse Comitatus movement, from the Latin for “power of the county,” began in the ’70s, and grew out of the Ku Klux Klan. It aimed to protect white Americans from civil rights laws that they viewed as unconstitutional. They believed that there was no legitimate form of government beyond the county level, and that there was no higher law enforcement authority than the county sheriff. Its founder, William Potter Gale, believed that the U.S. Constitution was a divinely inspired document meant to elevate white Americans above Jews and people of color.

The movement has continued to grow alongside the anti-federal sentiment that was sparked during the Obama administration, with Colorado occasionally at the center of it, especially when it comes to gun control legislation.

In 2013, after Colorado Democrats pushed gun control measures including a high-capacity magazine ban and expanded background checks, many of the state’s sheriffs fervently opposed the new laws and joined a lawsuit challenging their constitutionality. The lawsuit was eventually thrown out, but the Colorado sheriffs were featured on the cover of the NRA’s magazine, which praised them for “refusing to sit back and simply enforce bad gun laws.”

The 2013 gun laws eventually led to recalls of two Democratic members of Colorado’s Senate and the resignation of a third, delivering a crushing blow to gun control advocates.

But it’s not just about guns. Constitutional sheriffs also tend to oppose things like immigration, taxation, and federal land regulation (e.g., Cliven Bundy and the 2016 Malheur occupation in Oregon). These ideas can be extended to oppose any kind of legislation conservatives don’t agree with, and they often are. After Democrats swept elections nationwide in 2018, conservatives are using the concept of county sanctuaries to oppose all kinds of progressive policies.

Colorado State Rep. Lori Saine (R-Firestone) called for counties to become oil and gas sanctuaries after Democrats proposed tighter regulations on oil and gas drilling. Counties in Illinois and New Mexico have declared themselves sanctuaries for the “unborn” in opposition to abortion.

And, similar to the current situation in Colorado, more than 20 counties in Washington state publicly stated that they wouldn’t enforce a new gun control law that aims to limit access to assault weapons.

The use of the word “sanctuary” in this case, however, is relatively new, and perhaps a bit facetious. It appears to be a response to Democratic calls for so-called “sanctuary cities” for immigrants.

None of this is to say that constitutional sheriffs are necessarily racist, or that county supremacy is itself a racist idea. It is, on the other hand, difficult to ignore the movements’ white supremacist roots when its leaders of today have anti-immigrant and extremist tendencies.

There is, for example, a strong anti-immigrant sentiment among the
Constitutional Sheriff and Peace Officer Association and its members, most notably Maricopa County Sheriff Joe Arpaio in Arizona, who operated what he referred to as a “concentration camp” to hold undocumented immigrants. Arpaio was pardoned by President Trump in 2017 after he disobeyed a federal judge’s order to stop racial profiling in detaining those suspected of being in the country illegally.

Cooke, the former Weld County Sheriff who refused to enforce Colorado’s 2013 gun control measures, told Colorado Politics that the pardon was “more than appropriate” and that Arpaio was “doing his job.”

“I think the judiciary oversteps their bounds,” added Cooke, who is now a Colorado state senator. He was one of four Colorado sheriffs who signed CSPOA’s pledge against Obama’s gun control initiatives in 2013.

Cooke also participated in a controversial Weld County event called “Illegal Immigration: The Untold Stories,” which sought to highlight crimes committed by undocumented immigrants. This feeds the common misconception that immigrants are violent and dangerous, when, in reality, they commit fewer crimes than native-born Americans, and may even make their communities safer, according to some research.

Cooke did not return a request for comment on this story.

There’s also former Montezuma County Sheriff Douglas Spruell, who was one of seven sheriffs from the state to attend the CSPOA meeting in Las Vegas in 2012. Spruell once appeared on the racist and anti-semitic right-wing radio show The Political Cesspool, where he to threatened to arrest federal officials who closed roads on public lands, citing his duty to defend his county “against enemies, foreign and domestic.”

The show has featured appearances from the likes of former KKK grand wizard David Duke, and according to its mission statement, is “pro-white” and aims to “grow the percentage of whites in the world relative to other races.”

During his testimony in favor of the red flag bill before a Senate committee earlier this month, Colorado’s attorney general Phil Weiser urged sheriffs who refuse to carry out court orders to enforce Colorado laws to resign.

The bill narrowly passed a third and final reading in Colorado’s senate last week, with just one Democrat, State Senate President Leroy Garcia, siding with all of the Republicans in voting against the measure. It now heads back to the state house for approval of senate amendments, and then on to Democratic Gov. Jared Polis’ desk, where he’s expected to sign it into law.